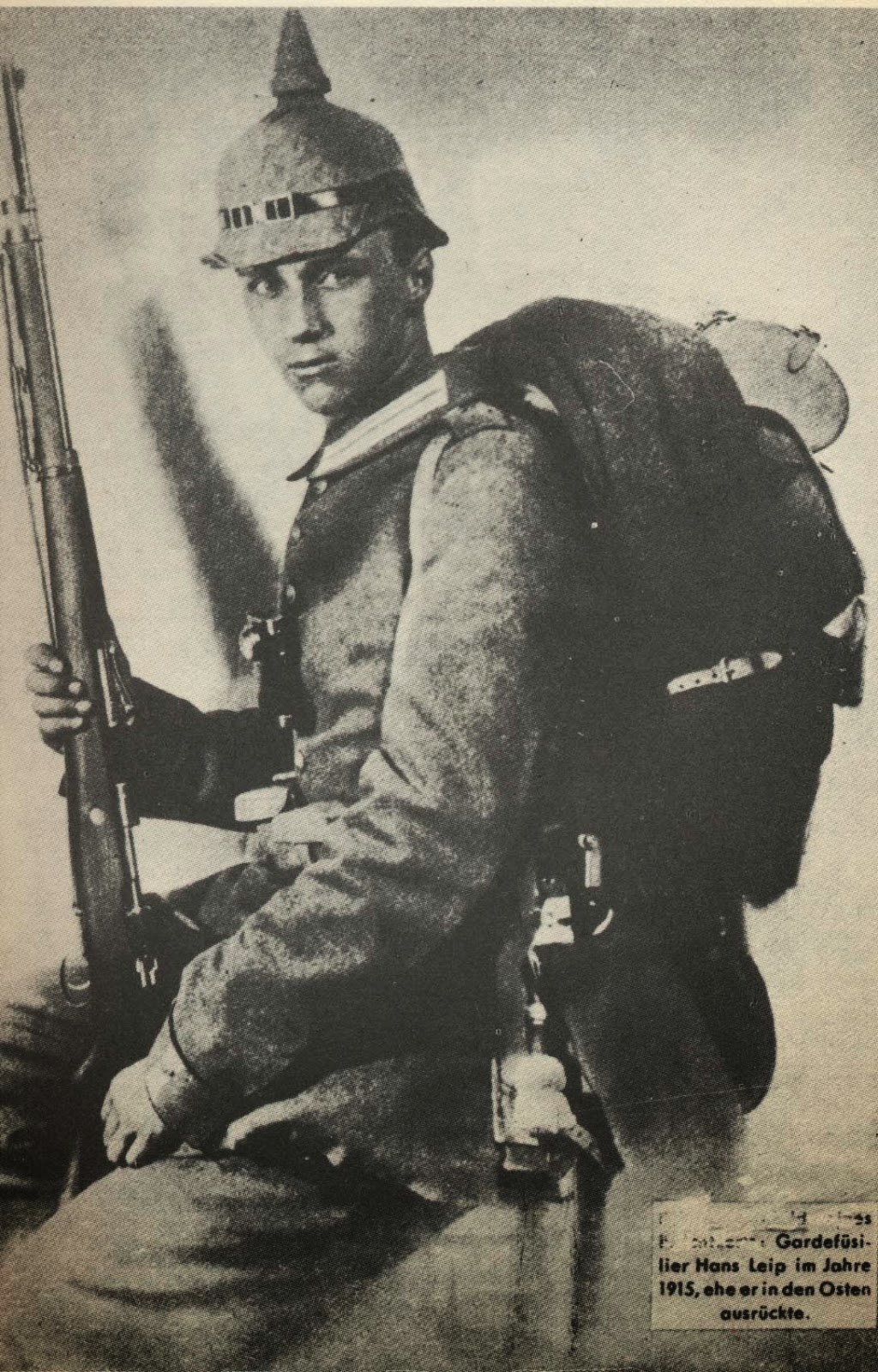 The WW2 song "Lilly Marlene" was played this morning during the march past at the Cenotaph in London. Did you know that the song was in fact originally written during the First World War as a poem?  It was written by a young German school teacher.   His name was Hans LEIP and he was born in  Hamburg in 1893 the son of a former sailor.  Educated in Hamburg, Leip became a school teacher but his dream was to become an artist.

In 1915, Leip was conscripted into the Imperial German Army and served on the Eastern Front and in the Carpathians.  He was wounded in 1917 and invalided out of the army.  After the war, Leip travelled to Paris, London, New York and Algiers. He wrote novels, plays, short stories and, of course, poetry.  Leip was also a talented artist and sculptor.

The poem was called "Das Lied eines jungen Soldaten auf der Wacht" - 'The Song of a Young Soldier of the Watch' and Leip wrote it combining the names of his girl friend and a nurse who looked after him.  Leip's poem was set to music in 1938 by Norbert Schultze and recorded in 1939 by a young German singer called Lale Andersen with the title "Das Mädchen under der Lanterne" - 'The Girl under the Lamps'.   The song was played on a German radio station and the song became a hit.  It appealed to all soldiers world wide during the Second World War and was sung in many languages.

Photo:  Google Images - Hans Leip before his departure to the Front in 1915

https://www.youtube.com/watch?v=j47THUNGuIY
Posted by Lucy at 08:53