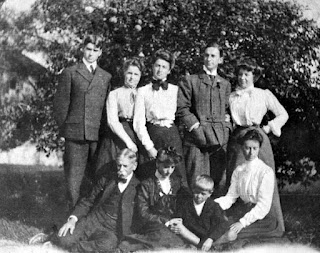 With thanks to Dr. Margaret Stetz for telling me about Hamilton.


Hamilton Fish Armstrong was born in New York, America on 7th April 1893.  His parents were Maitland Armstrong, an American Diplomat and artist, and his wife Helen Armstrong, nee Neilson.  Helen was a niece of the American politician and Governor of New York, Hamilton Fish.   Maitland and Helen had seven children.

Hamilton studied at Princeton University and then went to work as a journalist for the “New Republican Magazine” which was founded in 1914 and dealt with the arts and politics.


In 1922, Hamilton joined the staff of the American magazine “Foreign Affairs” and in 1928 he became the magazine’s editor, a post which he held until 1972.  He had a long and distinguished career as a writer and diplomat and died on 24th April 1973.  I have not been able to find any further details of his WW1 experience but from the following poem it seems clear that by the time it was written in 1916, Hamilton had already visited the Western Front.


He limped beneath the Arch, across the Square,
And through the dazzling shaft of rainbow-air
That blew from where the busy fountain leaped.
For him within that vision-laden cloud
There were no peaceful hills, no valleys loud
With streams, no field in honeysuckle steeped.


Grim hills there were, emplumed with puffs of smoke –
Valleys there were, where biting guns awoke
Echoes that died amid the eternal din –
Broad honeysuckle-bordered fields there were,
Stamped down by passing troops, - and in the air
That smell which only is where war has been.


From the poetry anthology edited by Hamilton and published in 1917 “The Book of New York Verse“, which is available as a free down-load on Archive:  https://archive.org/details/bookofnewyorkver00armsiala  Photo of the Armstrong Family in around 1910 - photographer unknown - from www.thepassingtramp.blogspot.co.uk