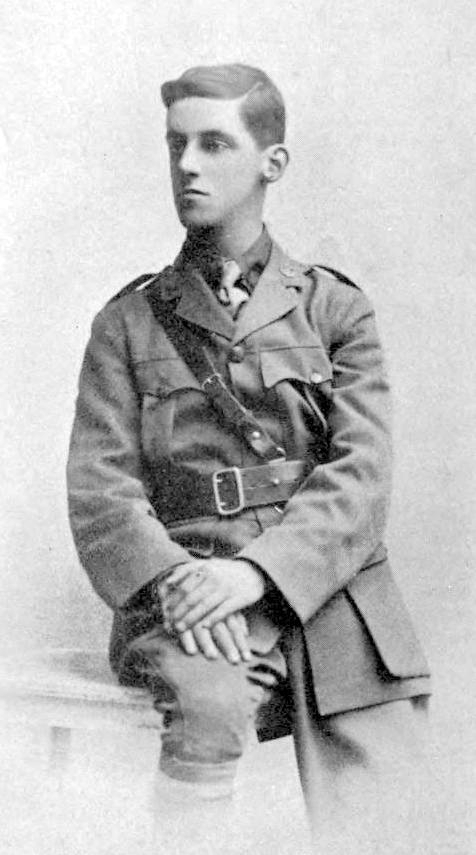 Arthur Geoffrey Nelson Wall was born in Liscard on the Wirral Peninsula, UK on 3rd March 1897.   His parents were Arthur E. Wall and his wife Mary Jane W. (nee Nelson), who were married in Birkenhead in September 1895.  They moved to the Wirral from Bromley in Kent because Arthur was a Manager with the London and Lancashire Fire Insurance Company which had offices in Liverpool.   They lived in Denton Drive in New Brighton and Geoffrey was educated at Seabank Road High School.

The family emigrated to Australia when Geoffrey was ten years old and he attended Wesley College Preparatory School in Melbourne.

Geoffrey began writing poetry at Wesley College and his work was published in the school magazine. He enrolled in Queen's College at Melbourne University to study The Arts in September 1915.   At the end of his first year at university, Geoffrey returned to Britain and joined the Royal Flying Corps.

After training in Oxford and Denham, Geoffrey was sent to Netheravon Aerodrome in Wiltshire.   He was killed in a flying accident in England on 6th August 1917 and is commemorated in the Rake Lane Cemetery, Wallasey, Wirral. A short obituary in a local paper mentioned that Geoffrey was the nephew of Councillor C. Hewetson Nelson.

Geoffrey's poems with the title "Songs of an Airman" and a Preface written by L.A. Adamson, Geoffrey's former headmaster, were published after his death.  Adamson hailed Geoffrey as "Australia's Rupert Brooke".

“And the moon was full”  Tennyson

And so the year is dying in the night,
Another moment with its hopes and fears,
Another instant with its smiles and tears
Is passing to its fellows as I write.
Perchance amidst the musical moonlight,
Across the valley of forgotten years,
Another stood;  and watched the rolling spheres
That cleft the purple heavens in their flight;
And pondered on the meaning of it all:
But here the moonlit hours flow softly on
Unheeding that o’er half the world a pall
Of unthought sorrow lies;  and peace is gone
From many homes;  and many men must fall
Before the dawning new year dies anon. 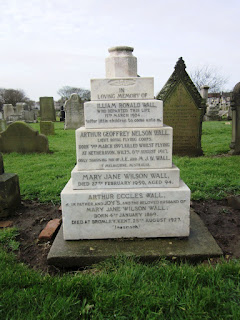 With grateful thanks to Yvon Davies of Australia - Mud, Mining, Medals Facebook Group for her continuing help with this commemorative exhibition project.

And thanks to the Friends of Rake Lane Cemetery, Wallasey, Wirral, UK for the press cutting and photograph of Geoffrey's memorial.
And thanks to Paul for finding the link to Geoffrey's book of poems on Archive :
https://archive.org/stream/songsofairman00walliala#page/n15/mode/2up
Update: November 2021 Additional photographs kindly supplied by Sarah Dornal, a relative of Geoffrey Wall