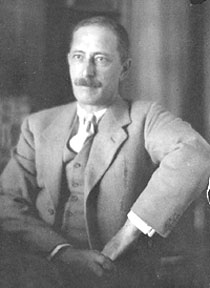 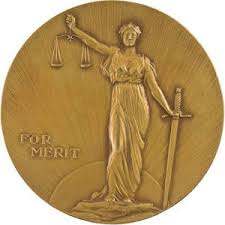 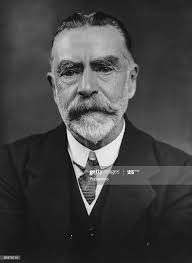 William was born William Arthur Dunkerley on 12th November 1852 in Chorlton, Manchester, UK.  His parents were William Dunkerley and his wife Jane, nee Haydock.  William had the following siblings:  Mary J. b. 1848, and Agnes C., b. 1849.  He was educated at Old Trafford School and Victoria University in Manchester.

William wrote novels, poetry and hymns under his own name as well as the pen-name John Oxenham, however, he used the pen-name Julian Ross when writing as a journalist.  He married Margery Anderson (1853 – 1925) from Scotland and they had two sons and four daughters -  the eldest of whom,  Elsie Jeanette, became well known as Elsie J. Oxenham a writer of children's fiction. Another daughter, Erica, also used the Oxenham pen-name. Their elder son, Roderic Dunkerley, had several titles published under his own name.   The family moved from Lancashire to Ealing, West London, where they lived for forty years.

In February 1892, William founded the monthly magazine  "The Idler" with Robert Barr who edited the publication with Jerome K. Jerome.  He also started the publication "To-Day".  William lived for a while in France and travelled extensively in Europe, Canada and America. He also lived for a while in North America after his marriage, before moving to Ealing, where he served as a Deacon and teacher at the Congregational Church in Ealing.

In 1913, William wanted to publish his poetry collection entitled "Bees in Amber". However, his publisher wanted to limit the book run to 200 copies.  William therefore had the collection printed at his own expense and sold almost 300,000 copies. 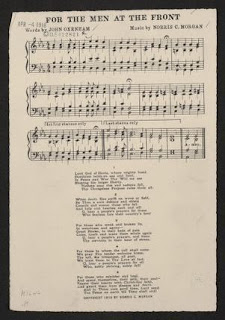 During the First World War, William  published several volumes of poetry at his own expense and altogether they sold over a million copies, making him arguably the most widely read poet of WW1.  . He also wrote a song called "Hymn for the Men at the Front" which was set to music by American musician/composer Norris C. Morgan. That eventually sold more than 8,000,000 copies in aid of the wounded of the conflict.

In 1922, William and his family went to live in Worthing in Sussex, where he became mayor.  He died on 23rd January 1941, in Worthing, England.

Dominion holds on sea and land,

In Peace and War Thy Will we see

Nations may rise and nations fall,

Thy Changeless Purpose rules them all.

When Death flies swift on wave or field,

Be Thou a sure defence and shield!

Console and succour those who fall,

And help and hearten each and all!

O, hear a people's prayers for those

Who fearless face their country's foes!

For those who weak and broken lie,

In weariness and agony--

Great Healer, to their beds of pain

Thy servants in their hour of stress!

[Five million copies of this hymn have been sold and the profits given to the various Funds for the Wounded.    It is now being sung all round the world.]

For those to whom the call shall come

We pray Thy tender welcome home.

The toil, the bitterness, all past,

We trust them to Thy Love at last.

O, hear a people's prayers for all

To every stricken heart and home,

To anxious souls who wait in fear,

Be Thou most wonderfully near!

And hear a people's prayers, for faith

To quicken life and conquer death!

For those who minister and heal,

And spend themselves, their skill, their zeal--

Renew their hearts with Christ-like faith,

And guard them from disease and death.

And in Thine own good time, Lord, send

Thy Peace on earth till Time shall end! 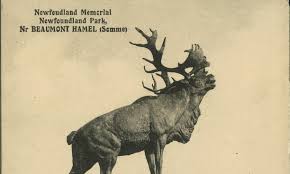 This poem is engraved on a plaque at the entrance to Newfoundland Memorial Park, in France - the scene of the attack by the 1st Battalion of the Royal Newfoundland Regiment on 1st July 1916. Every Canadian officer who fought in that battle was either killed or wounded.

You let your soul go down upon its knees

And with bowed head, and heart abased strive hard

To grasp the future gain in the sore loss!

For not one foot of this dank sod but drank

Its surfeit of the blood of gallant men.

Who for their faith their hope - for life and liberty

Here made the sacrifice - here gave their lives

And gave right willingly - for you and me.

From this vast altar-pile the souls of men

Sped up to God in countless multitudes.

On this grim cratered ridge they gave their all.

The peace of Heaven and immortality

Our hearts go out to them in boundless gratitude.

If ours - then God's for His vast charity

All sees, all knows, all comprehends - save bounds

He has repaid their sacrifice - and we - ?

God help us if we fail to pay our debt

In fullest full and all unstintingly!

Sources:  Find my Past