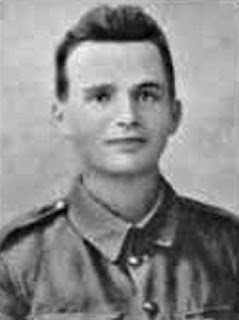 Leslie was born in London on 19th July 1889.   His father was a journalist on “The Sunday Chronicle”.  Leslie and his brother were educated in boarding schools in Norfolk, after which Leslie became a reporter on the London newspaper “The Evening News”.

In 1914, Leslie joined the 2nd London Regiment and was posted to Egypt.  He became ill with Mumps and was hospitalised on the Island of Malta.   He saw service in Egypt and Gallipoli before being posted to the Western Front in April 1916.  Leslie was transferred to the 12th (County of London) Battalion (The Rangers) and was wounded at the Battle of Le Transloy on The Somme on 7th October 1916.

He died of his wounds on 8th October 1916 and was buried in Grove Town Cemetery, Méaulte, Picardie, France.  At the time of his death, Leslie held the rank of Sergeant.


Leslie Coulson’s WW1 poetry collections were:
“From an outpost, and other poems”, published by Erskine Macdonald, London in 1917
Poems by Leslie Coulson were also included in 16 different WW1 poetry anthologies. 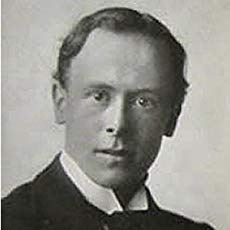 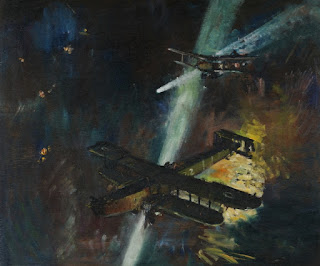 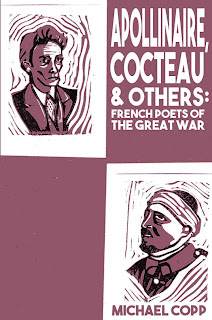 I have been very interested in the poetry of the First World War since I was a child, but only began to research in earnest for a series of commemorative exhibitions – Female Poets and Forgotten Poets of WW1 - in early 2012.   Since then, I have not found many anthologies that feature poems from other countries so Michael Copp’s “Apollinaire, Cocteau & Others” is a very welcome addition to my bookshelves.   From my point of view, however, it would have been extremely helpful to have had the original poems included with the translations.


In this WW1 anthology, Copp has translated poems into English by some of the poets who wrote in the French language during the First World War.  Apart from the more famous Jean Cocteau and Guillaume Apollinaire, you will find Francois Porché, Pierre-Eugène Drieu la Rochelle, Henry-Jaques, René Arcos, Charles Vildrac, Marcel Martinet, André Spire, Léon Chancerel and the Belgian poet Emile Verhaeren.   Each poet is introduced with a brief biographical account which is followed by examples of their poetry – fascinating to note that apart from Apollinaire and Verhaeren all the poets featured survived the war.   The poems Copp has included in his anthology are mainly about the conflict itself and reflect the brutality of the ‘war to end all wars’ that so shocked the world.  I found it interesting to note, however, that poetry written by women has not been included.


The book is obviously the fruit of a great deal of hard work as translation is never easy and translating poetry can be extremely tricky.   In the Introduction to the anthology, Copp explains that he has chosen “to follow Vladimir Nabokov's principle of what he calls 'Literal' translation, that is, sticking as closely as possible to the associative and syntactical demands of the original language”.  Having previously only consulted Clive Scott who wrote “Translating Apollinaire” (University of Exeter Press, 2014) which I found extremely helpful, it is good to have another take on poetry translation.
I thoroughly enjoyed Michael Copp’s book and would recommend it to anyone interested in the poetry of the First World War.  However, whether or not his translations do justice to the original poems I cannot say, for I shall have to start gathering the collections together in order to be able to compare.


Copp, an independent scholar educated at the universities of London, Leicester and Cambridge, also writes about the Imagist poets and translates and lectures on both Imagist poetry and the poetry of WW1.
"Apollinaire, Cocteau & Others French Poets of the Great War" by Michael Copp, published by Austin Macauley Ltd., London, 2016.