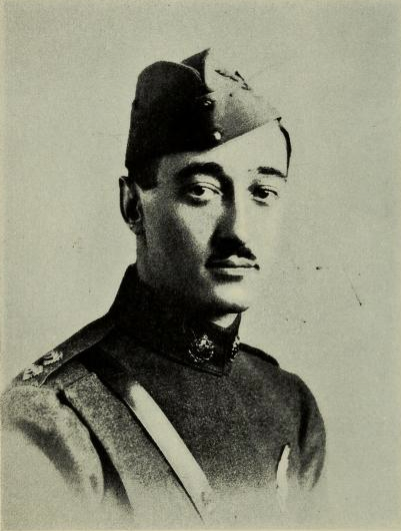 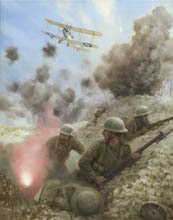 A message from our Honorary President, Lady Jennifer MacLellan about Rupert Brooke

Rupert Brooke's health had never been good, even at home, and after camping on dirty sand by the docks, in Egypt where he was probably bitten, the sore on his lip became swollen and throbbed. By the time he and Patrick Shaw-Stewart were laid up in the Casino Palace Hotel with dysentery he should have stayed there but refused and was in bed for three days on board the "Grantully Castle".

They sailed up to Gallipoli but the first attack was aborted and that was when the fleet was sent to Lemnos and Skyros.   Rupert thought he had heat stroke at first due to the extreme heat they were in under canvas.   It was probably a combination of everything but the bite went septic and that gradually spread so without antibiotics, nothing could be done.

All this is well recorded by Christopher Hassall's  biography and other reports and I give them more credence than the perhaps a bit whimsical French Log, who were only involved on the last two days because they were brilliantly equipped to cope with the expected casualties and he was nursed in excellent conditions and medics.   He had a much better death than those who died later which must have been a comfort to his mother and friends.

My father hardly mentions the two crosses, made on the ship, and there has been much conjecture as to how they got back to England.   I have been asked several times.   I can only assume he must have brought them back to Athens at any rate, after that , not much is known.

Peter Miller, with whom I corresponded many years ago, of Rugby, produced a very nice little book "the Cross of Skyros" in which he says SC reported to the British Ambassaor inAthens that he had brought back the large cross and left the small one on the grave, it was still there in 1924.   He also says SC compared building the grave to the Pyramids whereas he himself says Stonehenge!   We lived near the latter!

I am indebted to Lady MacLellan for her very kind help with my posts regarding Rupert Brooke.
Posted by Lucy at 09:44

It is with great pleasure that we announce that Lady Jennifer MacLellan has agreed to be the Honorary President of our Association Female Poets, Inspirational Women and Fascinating Facts of the First World War.

Lady MacLellan is the daughter of Forgotten Poet of the First World War Lieutenant Colonel Stanley Casson (1889 - 1944) who fought in both World Wars.  She edited and published some of her father's poems in a booklet that was on sale at Craiglockhart when Dean Johnson of the Wilfred Owen Story museum in Birkenhead (Wirral Peninsula, UK) visited there with "Bullets and Daffodils", his musical drama about Wilfred Owen.   Knowing that I would be interested, Dean brought me a copy and I contacted Lady MacLellan to ask permission to write up an exhibition panel about Lt. Col. Casson.

Lady MacLellan very kindly replied, giving me a great deal of information about her father, so we asked her if she would like to be the Association's Honorary President and are delighted to announce that she has accepted. 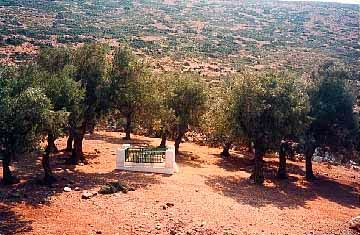 The Link with Rupert Brooke

After the First World War, Stanley Casson was working in Athens when he was approached by a friend at the British Legation regarding the placing of a tomb over the grave of Rupert Brooke.   Rupert Brooke was commissioned into the Royal Naval Volunteer Reserve as a Sub-Lieutenant, joining the Hood Battalion, 2nd Brigade, R.N. Division.  He took part in the Royal Naval Division's expedition to Antwerp in Belgium in 1914. Rupert's Division was en route for Gallipoli in a troopship escorted by the Dreadnought Battleship "The Prince George" in 1915, when they put into Treis Bouke Bay near the Greek Island of Skyros for provisions.  According to the log of the hospital ship on which Rupert was treated, he went exploring, was bitten by a mosquito and taken ill (see post of 1st March).  According to Lady MacLellan, Rupert was already ill before arriving on the Island.   He was transferred by cutter from "The Prince George" to the French Naval Hospital Ship "Duguay-Trouin", a converted French Naval destroyer, for treatment but he died on 23rd April 1915.

Under orders to depart for Gallipoli, Brooke's friends in the Division had buried him hastily in a secluded dell - Oliver grove - three hundred feet above sea level, surrounded by olive trees and bordered with the lovely flowers that bloom in Greece in springtime.  According to Lady MacLellan " it was a very moving event, organised by the Royal Navy, with a guard with lamps all the way up the track as the coffin was carried there.  Twelve Petty Officers were the pall bearers and it took them two hours to carry Rupert up to the Olive Grove.  The Naval Chaplain read the Church of England burial service and three volleys were fired.  His friends from the Battalion were present and Patrick Shaw-Stewart was a member of the Firing Party.

His mother was determined that Rupert should have a proper grave and, with his knowledge of Greek sculpture, Casson was the ideal person to supervise and organise the construction and transport of the two and a half tons of marble and iron railings that you will see if you visit Brooke's grave today.

The logistics of the operation are quite remarkable and are detailed in a book called "Steady Drummer" written by Stanley Casson and published in 1935 by G. Bell of London.   Lady MacLellan has kindly sent me a copy of the section concerning the grave of Rupert Brooke.  Casson had to hire a boat to transport the marble, then get to the island himself.  Once there, he had to build a small quay for the unloading of the seven or so crates containing the marble.  Once on land, there was the problem of getting the crates up the hill to the site of the grave via the only road which was a rough goat track.

Returning briefly to Athens to fetch some tools to complete the task, Casson enlisted the help of Norman Douglas.  The pair returned to Skyros and oversaw the completion of the laying of marble tomb over Brooke's grave.  Finally, Casson had the tomb consecrated by the head of the local monastery of St. George.

With grateful thanks to Lady Jennifer MacLellan for agreeing to become the Honorary President of our Association, for sending me so much information and for her help and encouragement.

See post about Rupert Brooke earlier in this weblog posted on 1st March 2015.
Posted by Lucy at 11:59