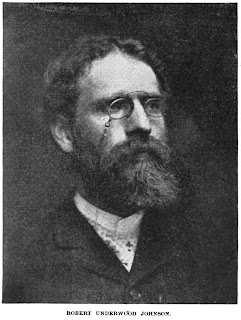 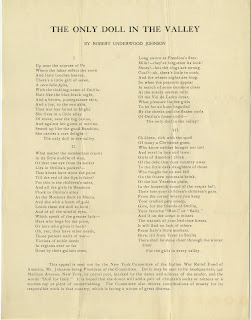 With thanks to Stuart Allen of The Runcorn & District Historical Society for telling me about Hall Caine.  Although I knew about “King Albert’s Book”, I did not know that Hall Caine was the Editor.

Known later as Hall Caine, Thomas Henry Hall Caine was born on 14th May 1853 in Runcorn, Cheshire, UK.  His parents were John Caine, from the Isle of Man, and his wife, Sarah, nee Hall (from Cumberland – now called Cumbria).  Hall’s siblings were John (b. 1856), William Ralph (b.1865), who also became a writer, and Elizabeth Ann (1869-1914), who became a famous actress using the name Lilly Hall Caine. Caine is a Celtic name and Hall, his mother’s maiden name, is Norse.

Hall was educated at Hope Street School in Liverpool, where he was taught by George Gill, who was head of a school book publisher, and encouraged Hall’s talent for writing.  Hall spent time with his Father’s family on the Isle of Man when he was growing up.  Leaving school at the age of fifteen, Hall was apprenticed to an artichect and trained as an architectural draughtsman.  He also contributed articles to local newspapers and magazines and gave lectures around Merseyside to various societies. The subject of one of those lectures - Dante Gabriel Rossetti - invited Hall to go to London. Hall lived with the old man right up until Rossetti died in 1882 and the two became great friends.
Under Rossetti’s influence Hall developed his literary talents and eventually became a novelist, playwright, short story writer, poet and critic.  Hall worked for the “Academy” (a review of literature and general topics published in London from 1869 to 1902) and also contributed atricles to the “Athenaum” (a literary magazine published in London, from 1828 to 1921). His novel “The Eternal City” was the first novel to sell over a million copies worldwide. His plays were performed to wide acclaim both in America and Britain and Hall became very famous indeed.

Hall became a resident of The Isle of Man in 1895 and sat from 1901 to 1908 in the Manx House of Keys, the lower house of Tynwald, the parliament of the Isle of Man (the other branch being the Legislative Council). He was elected President of the Manx National Reform League in 1903 and became Chairman of the Keys' Committee that prepared the 1907 petition for constitutional reform. In 1929, Hall was granted the Freedom of the Borough of Douglas, Isle of Man. He visited Russia in 1892 on behalf of the persecuted Jews and in 1895, travelled in north America and Canada, where he represented the Society of Authors.

During the First World War (1914 – 1919), he wrote many patriotic articles and edited “King Albert's Book”, the proceeds of which went to help Belgian refugees.

In 1917, Hall was created an Officer of the Order of Leopold by King Albert I of Belgium. He cancelled his literary engagements in America in order to devote his time and energy to the British war effort.  At the recommendation of then Prime Minister Lloyd George, King George V made him a Knight of the British Empire (KBE) in 1918, for services as an Allied propagandist in the United States. In 1922, Hall Caine was made a Companion of Honour (CH).

I first came across Ralph Mottram in Catherine W. Reilly’s amazing book “English Poetry of the First World War: A Bibliography”, in which he features on p. 231 without reference to his WW1 military career.  And then I found him again recently, when I read “In the Trenches: Those who were there” by Rabel Bilton (Pen & Sword Military, 2016), which features a very frank description of Ralph’s experiences in the trenches of the Western Front during the First World War.

Ralph  Hale Mottram was born on 30th October 1883 in the living accommodation of the eighteenth-century building that housed Gurney's Bank in Norwich. His parents were James Mottram, chief clerk of Gurney’s Bank, and his wife, Fanny Ann Mottram, nee Hale.  Ralph was their eldest son. Ralph had an idyllic childhood growing up in 'Bank House' - a Georgian mansion on Bank Plain - which was later Barclay's Bank and is now a youth centre. The Mottrams were non-conformist and worshipped at the Octagon Chapel, Norwich in Colegate.

Ralph became a bank clerk in Norwich before the First World War, during which he served as a Lieutenant in the Norfolk Regiment on the Western Front.  In 1918, he married Margaret Allan and the couple had two sons and a daughter.   In 1924, Ralph was awarded the Hawthornden Prize for his trilogy “The Spanish Farm”.

During the Second World War, Ralph and his family lived in Poplar Avenue, Norwich. He became friendly with the American poet Hyman Plutzik who was stationed at the Shipdham Airbase. In his role as Education Officer for the USAAF, Plutzik invited Ralph to lecture at the airfield and then, later in the evening, drove him and his wife back to Norwich. Plutzik's poem “On the Airfield at Shipdham” is dedicated to Ralph Mottram.

In 1953, Ralph became Lord Mayor of Norwich.  Among his literary works was a biography of his friend and fellow novelist John Galsworthy. In 1966, Ralph received an Honorary Doctor of Letters from the newly-established University of East Anglia.  Ralph died on 16th April 1971 and was buried in the Mottram family plot at the Rosary Cemetery, which was the first non-denominational cemetery in England.

There is a memorial to Ralph on St. James' Hill on Mousehold Heath - which overlooks the City of Norwich. He once claimed that Mousehold Heath was 'the property of those who have the privilege of Norwich birth'. Unfortunately, the memorial was badly damaged by metal thieves in 2011.

Ralph’s WW1 poetry collection was “Poems new and old” (Duckworth, London, 1930) and he had poems published in two WW1 Anthologies. 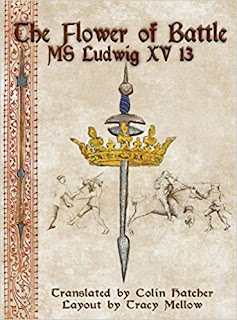 “The Flower of Battle” by Ralph Hale Mottram

The summer twilight gently yields
To star-sown luminous night, and close
The flowers in these Flemish Fields
Are folded, still the leaves repose;

But, as the colour leaves the sky,
And darkness wraps a suffering earth,
Clamouring, climbing endlessly
Another blossom springs to birth:

The Flower of Battle, down the wide
Horizon mantles, tendrils spread,
Its far-hung petals brilliant dyed,
Yellow, and blinding white, and red.

Fed with our bodies at its root,
Fed with our hearts its living flame,
It sways in wonder absolute,
And Flower of Battle is its name. . . .

Men will gaze, awestruck, men will strive
To reach its glowing heart . . . and some
May turn away while yet alive,
But few from out its shade may come !

Fiore dei Liberi was a weapons-master from Italy who was active in the 14th and early 15th century. After fifty years of training Italy's elite, he put his art to paper and created the “Flower of Battle”, which covers unarmed combat, the use of the dagger, sword, spear, axe as well as fighting in armor, without and on horseback as well as other odds and ends. 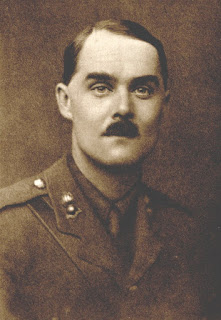