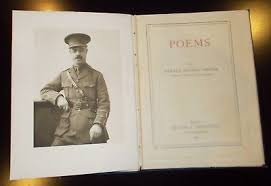 Gerald was born in Marylebone, London, UK on 6th May 1886.  His parents were Marcus Samuel, first Viscount Bearsted and his wife, Fanny Elizabeth Samuel, nee Benjamin, Viscountess Bearsted.  Gerald’s father ran an import company, trading with the Far East and set up the Shell Transport and Trading Company.

During the First World War, Gerald was turned down twice when he applied to join the Army, due to defective eyesight.  However, he was commissioned into the Queen’s Own Royal West Kent Regiment and posted to the Western Front, where he was wounded twice.

Gerald was killed leading his men during the Battle of Messines on 7th June 1917.  At the time of his death, he held the rank of Lieutenant.  He is commemorated on the Menin Gate Memorial, Ypres, Belgium, panel 45 and 47, at Willesden Cemetery in London and at Eton College.

Gerald devoted his life to the welfare of working lads in the East End of London, and had a Home for Orphans built - The Samuel and Myer Home. On his death Gerald bequeathed the house and £10,000 for its maintenance to the Jewish Board of Guardians.

I don’t usually comment on the writing of the poets I feature but I am very impressed indeed by Gerald George Samuel’s writing, enjoyed reading his poems and made a few notes to share with you.


The Introduction, written by Gerald’s father, has a copy of the last letter of encouragement Gerald wrote from the Front to the boys he worked with in Stepney. I found it particularly moving.  And in the poem “My Aim” Gerald wrote that he would like “To make the world a happier, better place” (page 24).

Gerald described the weapons of the conflict, which was the first using the tools of the Industrial Revolution, as “the brutal inventions of crime” and the conditions in the trenches as “the pitiless welter of shell” (From “Consolation”, page 32).


In “Lost Years” I found a sentiment reflected in one of my Mother’s favourite poems – “The Moving Finger writes…”: from Edward FitzGerlad’s translation into English of Omar Khayam’s poem in Farsi:


“For I cannot call back the ebbing tide
And live again the seasons that are gone.” (page 34)


On page 40 is a poem dedicated “To Music” – echoing my own feelings about music:


And on page 41 are a few lines about music, poetry and art.


I leave you with two of Gerald’s poems:


I hope that when at last these days are o’er,
I may return my labours to renew,
And try to wipe away the marks of war
That stain the nations with their bloody hue.
To bring some ray of solace to a few,
To make their lives less difficult to live,
Is all I ask.  My work I shall not rue
If I can help to comfort some who grieve,
And added happiness to some poor toilers give.


I care too little for this earth
To love it, though it gave me birth;
But I would leave to those like me
In future days some legacy.


Joy is not mine, but if my pain
Bring forth for someone else a gain:
I only wish that when in Heaven
I may observe the joy I’ve given.


But I would not forgotten be,
When only dust is left of me:
And so I try, with painful strife,
To justify my having life.