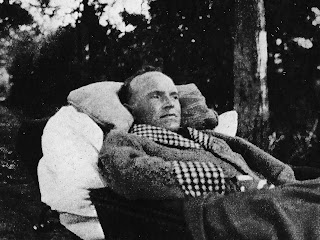 James (known as Jimmie) Howcroft Junior was born in Bolton, Lancashire, UK in 1893.  His parents were James Howcroft and his wife Margaret, nee Coop.  Jimmie’s brother Fred was born in 1892   Jimmie’s father taught at the Sunday school at Fern Street Wesleyan Chapel in Bolton.


Fred became a coal miner and Jimmie, who began work at the age of twelve, was apprenticed to an electrical engineer when he was fifteen.  He worked as an electrician in various factories and was a keen sportsman in his spare time.


After the death of the boys’ father, Margaret re-married. Her second husband was Richard Taylor and in 1901, the family lived at No. 10 Haynes Street in Bolton.  Richard and Margaret’s only child, a daughter, died in infancy.


During the First World War, Jimmie joined the Royal Flying Corps as a mechanic and his brother Fred joined The Loyal North Lancashire Regiment – an infantry regiment - and was sent to the Western Front.


Jimmie, who played football for his Squadron, became an observer, which meant he could accompany pilots in planes, and he, too, was posted to The Western Front.  A tricky landing during a reconnaissance mission over the Somme, resulted in Jimmie’s back being badly fractured and he was sent back to Britain for treatment.  The journey to London took three days.


For five years Jimmie lay in a hospital bed in The London Hospital, completely paralised and unable to move.   Jimmie’s poems are a testament to his courage.  As he could not move his arms or hands, he dictated the poems to his nurse, Phyllis Harding.  On 20th May 1921, Jimmy was finally able to leave hospital.   Jimmie’s first collection, “Looking on”, with a foreword by John Oxenham, was published in 1920 to critical acclaim.  In spite of the cover price of two shillings and six pence – half a crown, as the coin was called, which would be equivalent to the purchasing power of £25 in 2017 – sold extremely well, which demonstrates the popularity of poetry at that time.  With the proceeds from the sale, Jimmy was able to purchase a cottage in Hampshire – Little Forest Gate Cottage in Liphook.  So he was moved down to Liphook where his Mother, Margaret Taylor, and the nurse who had nursed him for his five-year stay in The London Hospital, looked after him.


Two poems written around that time are very revealing:
Homing (written on the last day in hospital, 20th May 1921) (page 32 of “Songs of a broken Airman”)


Homing, homing, homing,
Sweet instinct and divine –
Sweetest in the gloaming.
When thoughts will e’er entwine
Old faces and old places,
Old songs we used to sing!
Though far we stray at the close of day
Homing thoughts will homeward wing.


What understanding you express,
In your all-tending tenderness!
Your actions to my mind convey,
The things that words can never say.
When in the depths of dull despair,
Your ministry pursues me there,
To raise me up to things above,
Your sympathy commands my love.


Jimmie’s second collection, “The Songs of a Broken Airman”, with an introduction by John O’London, was published by Hodder & Stoughton, London in 1922 and with the proceeds of that book, Jimmie started a poultry farm at his cottage.   Jimmie lived on until 1936 when he died in September of that year.  He was buried in the cemetery at St. Mary the Virgin Church in Bramshott, Hampthsire.

“Songs of a Broken Airman” is dedicated to Miss Phyllis Harding, who I am guessing was Jimmie’s nurse.  His poems are extremely inspirational and as one reviewer commented in the media at the time of publishing: “There are no circumstances, however, adverse, which a courageous spirit may not surmount”


Sources:  Find my Past; Free BMD, The British Newspaper Archive, Catherine W. Reilly “English Poetry of the First World War A Bibliography” (St. Martin’s Press, New York, 1978)
//worldwaroneuntoldstories.wordpress.com/author/geofftopliss2014/
and “The Songs of a Broken Airman” (Hodder & Stoughton, London, 1922) The photograph of Jimmie Howcroft is from "Songs of a Broken Airman".


“Have Courage” from (“Songs of a Broken Airman”, page 7)
Man!  Break the shackles of your mind.
Desist from feeble groping,
Then light as air and free as wind
Go snatch the joy you’re hoping;
For life is love, and love is good,
And freedom’s for the making;
Then earn your freedom as you should,
Nor tarry in the taking.

“Armistice Day” (from “Songs of a Broken Airman”, page 8)


O ye who made the sacrifice
That we your kin might live,
Who fought and counted not the price
Too high a one to give –


O ye who gave your lives in love
That Britain might be free,
Look down and counsel from above
Our long infirmity.

Look down – stoop down – be wish us yet!
Brave souls we could not spare;
May courage we can ne’er forget
Direct us everywhere.

Man’s Mismanagement from “Songs of a Broken Airman” (page 26)


Then are we sane, that we should order life
To chaos, turmoil, and unending strife?
The world will change, all be wond’rous bright,
When we look upward and towards the light.


Then what am I?
A stricken pawn in a mighty plan,
Yet striving still to be a man.


Though hopeless seems the race to be
Yet breast it bravely, thou shalt see,
Like mist before the sun,
Thy troubles die, and fade away,
And joy be at the close of day
If thou hast nobly run.


I flew!
Upward climbing to the engine’s roar
The clay is dead, but still the soul can soar
Imprisoned here, as by some earthy chain,
In higher life, my soul shall soar again.
Posted by Lucy at 07:58