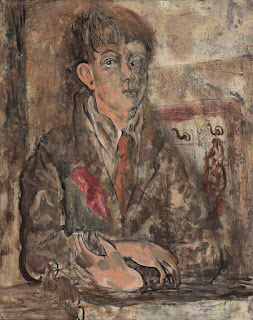 British WW1 soldier poet and artist David Jones (1895 – 1974) was born on 1st November 1895 - he is among the First World War poets remembered in Poets’ Corner in Westminster Abbey, London, UK.

David Jones had a Welsh father but was born in Kent on 1st November 1895.  He joined the Royal Welch Fusiliers in WW1 as an Infantryman and served on the Western front from December 1915.  Wounded during the Battle of Mametz Wood during the Somme Offensive in July 1916, David later returned to the front and saw action in the Battles of Messines and Passchendaele.

After the war, David returned to the study of art and enjoyed a successful career with his work being widley exhibited world-wide.  He suffered a nervous breakdown in 1933, died on 28th October 1974 and was buried in Brockley Cemetery, London, SE4, UK.

In 1937, David published “In Parenthesis” about his experience of war. 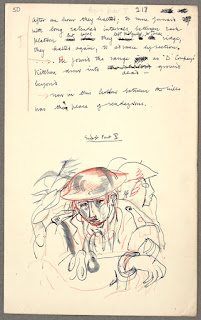