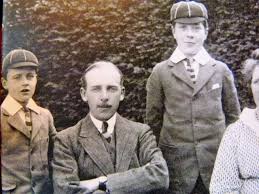 Harry was educated at Abingdon School (1898 –1905), where he was awarded the Meredith prize for Greek and Latin in his final year. Harry then went up to study at Pembroke College, Oxford University.

After University and helping his father on the farm, Harry became a schoolmaster and worked at Rockport School in Craigavad, County Down, Ireland.   His first poetry collection was published in 1913.

During the First World War, Harry was commissioned as a Second Lieutenant into The  Royal Irish Rifles and wrote poetry while he was in the trenches – ‘Between the Trenches’ and ‘Warrior Months’.  He also wrote the third verse of the School hymn.  Harry was wounded in 1915, while serving on the Western Front.

After the war, Harry returned to Rockport School in 1919, leaving to co-found Elm Park School in County Armagh, Ireland, in 1920.

Harry left Ireland in 1954 to return to Abingdon-on-Thames, where he died on 16th  February 1976.  He was buried in St. Peter’s Churchyard Cemetery, Wootton Village, Boars Hill, Oxfordshire

A blue plaque in Harry’s memory was unveiled on 24th November 2014 at Rockport School, Craigavad. 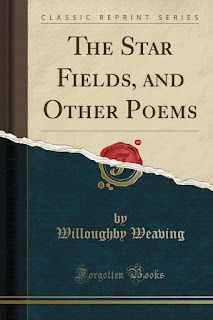 THE land went up in fire and curdled smoke,
And the flames flickered on the flowing blood,
And all the hot air thick with thunder stood
Shaken, as oxen shake beneath a yoke
And rattle all their harness : laughter broke,
A horrid laughter, from the steaming flood,
And the unpent cry of broken womanhood
Mounted to God and hid him like a cloak.

Red mortal wrath of man, that so he dies
For indignation just, and lightly slays,
Sealing so bloodily his length of days,
Regarding not the splendid sacrifice,
Holding the gift of life below God's price
To his eternal glory and God's praise.