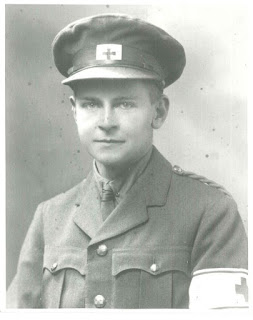 William Olaf Stapledon was born in Egremont, on the Wirral Peninsula, UK, on 10th May1886. His parents were William Clibbett Stapledon, a shipping line director, and his wife Emmeline, nee Miller.

The family lived in Port Said when Olaf was small, where his grandfather, William Stapledon, a Master Mariner, had set up an agency for the shipping line Holt Blue Funnel Line following the building of the Suez Canal.

Olaf attended Abbotsholme School before going up to Balliol College, Oxford.  After teaching at Manchester Grammar School, Olaf worked in shipping line offices in Egypt and Liverpool and in 1911 was living with his parents in Caldy, Wirral. He worked for the Liverpool Workers’ Educational Association from 1912 until 1915.

During the First World War, as a conscientious objector, Olaf joined the Friends’ Ambulance Unit and served on the Western Front as an Ambulance Driver from July 1915 until January 1919. He was awarded the French Croix de Guerre medal for his war work.

On 16th July 1919, Olaf married Agnes Zena Miller, one of his cousins who lived in Australia. The couple had a daughter – Mary Sydney – and a son – John David. They went to live in West Kirby on the Wirral Peninsula and in 1940 moved to Caldy.

During the Second World War, Olaf supported the war effort.. After WW2, he campaigned strenuously against a Third World War.   Olaf died in Caldy in 1950. Stapledon Wood in Caldy is named in his memory.

But just then the heavens made war
against each other over his head.
The sky rained shrieking death,
and the earth was torn.
He ran into his garden and cried into heaven
“Take care, take care! Beauty is here.”

But no one heard.

Some greater cause was at stake aloft.
And a hard-pressed god trod upon the garden,
so that the man and his roses were crushed together.
When at last the battle moved over into another place, there
was in the garden peace,
but no life – till the rats invaded. 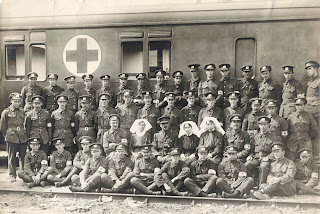 
Caldy Hill is an area of heath and woodland on a sandstone outcrop on the Wirral Peninsula. The land was bought by Hoylake District Council between 1897 and 1974. The village of Caldy is nearby.  Including Stapledon Woods, the whole area covers 250 acres (1.0 km2) of which 13 acres (53,000 m2) are owned by the National Trust. 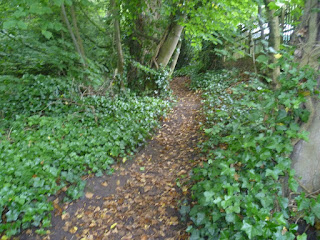