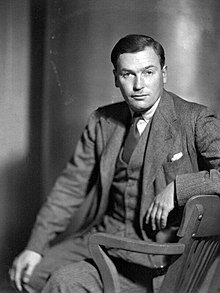 Christened Edward Godfree Aldington, Richard was born on 8th July 1892 in Portsmouth,  Hampshire, UK. He was the eldest of four children born to Albert Edward Aldington, a solicitor, and his wife Jessie May Aldington, nee Godfree. Both his parents wrote and published books and the home held a large library of European and classical literature. As well as reading, Richard's interests included butterfly-collecting, hiking, and learning languages –  French, Italian, Latin and ancient Greek. He was educated at Mr Sweetman's Seminary for Young Gentlemen, St Margaret's Bay, near Dover, before going on to Dover College, then the University of London. Unable to complete his degree because of the financial circumstances of his family, Richard worked as a sports journalist, started publishing poetry in British journals and gravitated towards literary circles that included poets William Butler Yeats and Walter de la Mare.

Richard was married to American poet and writer Hilda Doolittle (known as H.D.) from 1913 – 1938, although the couple divorced.  Between 1914 and 1916 Aldington was literary editor and a columnist for the magazine “The Egoist”.  Richard joined the Army in June 1916 and was sent for training at Wareham in Dorset.  He encouraged H.D. to return to America where she could make a safer and more stable home.

Richard was sent to the front in December 1916.  He wrote that he managed to complete 12 poems and three essays since joining up and wanted to work on producing a new book, keeping his mind on literature, despite his work of digging graves.

Although he initially joined the 11th Leicestershires, Richard was commissioned as a Second Lieutenant into the Royal Sussex Regiment in November 1917.  He was gassed but finished the war as a signals officer and temporary Captain, and was demobilised in February 1919. After that, he became a critic and biographer.

Four days the earth was rent and torn
By bursting steel,
The houses fell about us;
Three nights we dared not sleep,
Sweating, and listening for the imminent crash
Which meant our death.

The fourth night every man,
Nerve-tortured, racked to exhaustion,
Slept, muttering and twitching,
While the shells crashed overhead.

The fifth day there came a hush;
We left our holes
And looked above the wreckage of the earth
To where the white clouds moved in silent lines
Across the untroubled blue. 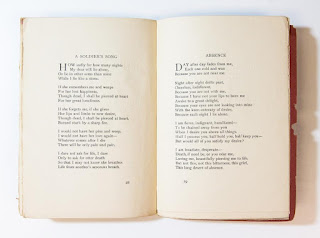