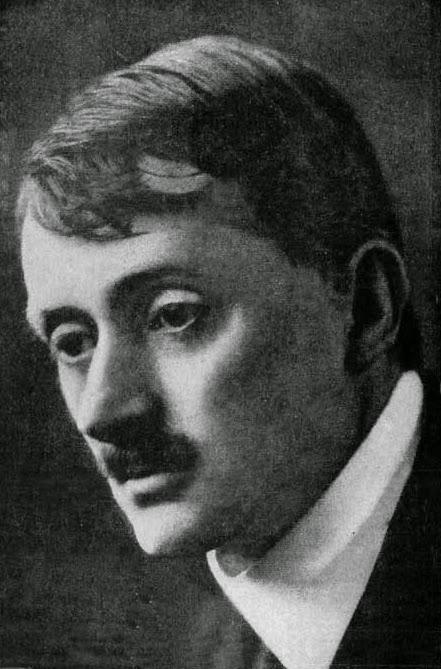 I have known and loved Masefield’s poem “Sea Fever” for many years yet it never occurred to me that he might have been involved in the First World War.

John Masefield was born on 1st June 1878 in Ledbury, Herefordshire, UK.   His parents were Caroline and George Masefield.   John’s mother died in 1885 and his father in 1891 and the Masefield children were brought up by their elderly aunt.

John was educated at King’s School Warwick (now called Warwick School) and, at his aunt’s insistence, he was sent to HMS Conway. The "Conway" was a nautical school for the training of Merchant Naval officers which was founded in 1859. The beautiful, wooden sailing ship was anchored at Rock Ferry on the River Mersey near Liverpool, until it was moved to the Menai Straights during The Second World  War, due to the bombing suffered by Liverpool in the Blitz.  In later years, John Masefield was asked to write a song for The "Conway", which he did but they did not like it and never used it, preferring instead a song written for them by WW1 poet and war correspondent Cecil Roberts some years later. 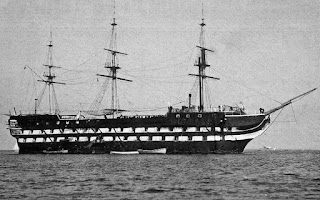 During his first sea trip, John became ill and had to return home.  His next journey was to New York, where he gave up and tried his hand at a variety of jobs, writing in his spare time.  His first collection of poems - “Salt-Water Ballads”, which includes Sea Fever - was published in 1902.

In 1914, John was considered too old to enlist in the armed forces, so he volunteered to join the staff of a hospital for French wounded soldiers in Arc-en-Bois, Marne, France.

In 1915, John went to the United States of America on a lecture tour and on his return to Britain he worked on propaganda books about the war for the British Military Intelligence.  Once America entered the War, John worked at the Ministry of Information organising entertainment for American soldiers billeted in Britain.

1918 saw John in America again, touring and lecturing to those about to go to fight in France.

John Masefield's cousin, Charles John Beech Masefield, MC, a Captain in the 5th North Staffordshire Regiment, was wounded in action on 1st July 1917 and died in a prisoner of war camp the following day.  His poetry collections were 'Dislikes: some modern satires', Fifield, 1914 and  'Poems', Blackwell, Oxford, 1919 and his poems were included in three WW1 Anthologies.

After the death of WW1 Poet Laureate Robert Bridges in 1930, John Masefield was appointed Poet Laureate by King George V, a post that he held until his death in 1967.  The only other British Poet Laureate to hold the post for as long was Alfred, Lord Tennyson.

I must go down to the seas again, to the lonely sea and the sky,
And all I ask is a tall ship and a star to steer her by;
And the wheel’s kick and the wind’s song and the white sail’s shaking,
And a grey mist on the sea’s face, and a grey dawn breaking.

I must go down to the seas again, for the call of the running tide
Is a wild call and a clear call that may not be denied;
And all I ask is a windy day with the white clouds flying,
And the flung spray and the blown spume, and the sea-gulls crying.

I must go down to the seas again, to the vagrant gypsy life,
To the gull’s way and the whale’s way where the wind’s like a whetted knife;
And all I ask is a merry yarn from a laughing fellow-rover,
And quiet sleep and a sweet dream when the long trick’s over.