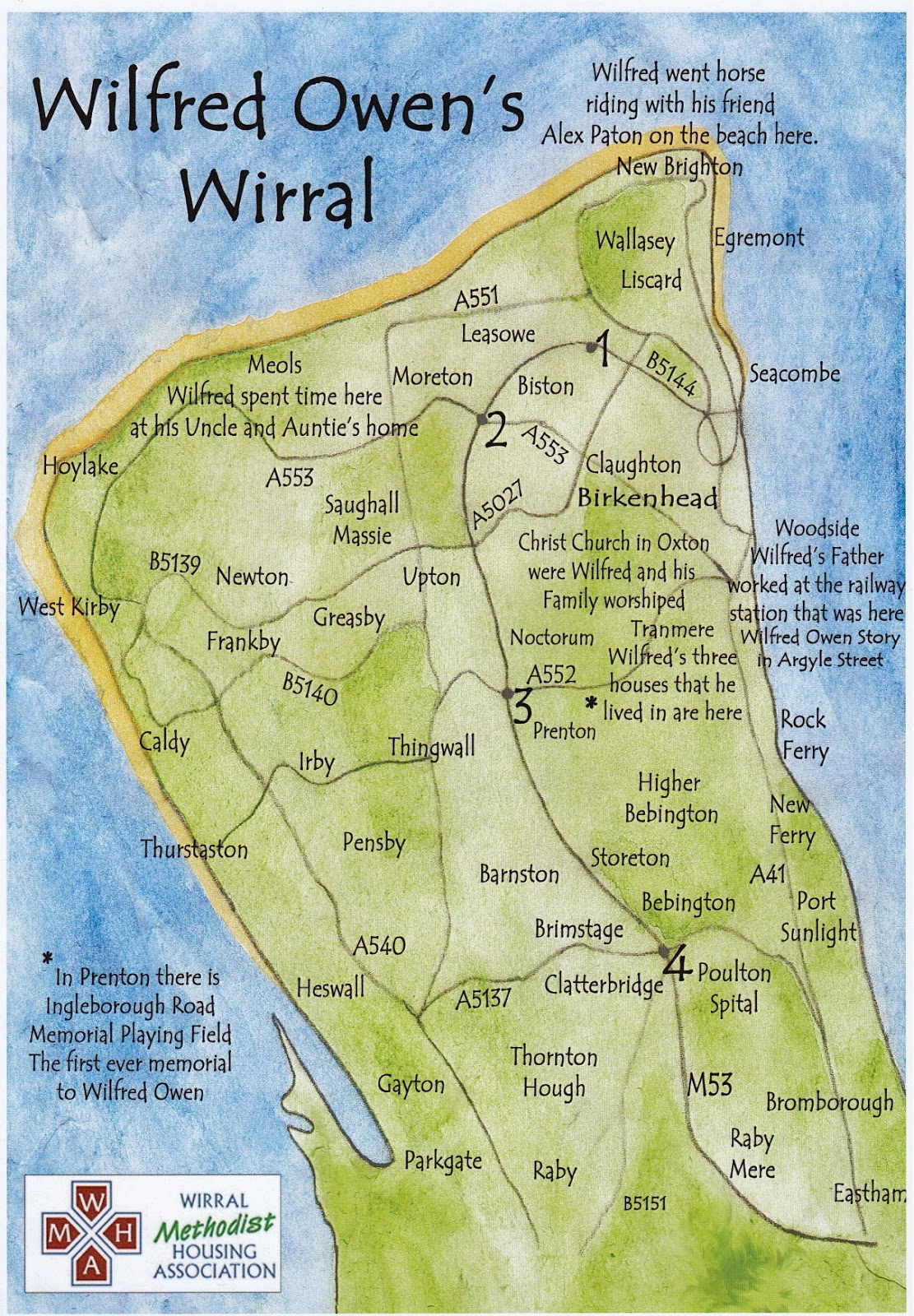 I was pleased to discover on Facebook yesterday another forgotten poet of the First World War - Leonard Comer Wall, who was born in West Kirby on the Wirral Peninsula (see map) in 1896. I am sure I don't have to tell you all that Wilfred Owen was brought up on the Wirral Peninsula in the north west of England, or that he was educated at the Birkenhead Institute in Birkenhead.  Incidentally, the 1917 Eistedfodd was held in Birkenhead when Forgotten WW1 Poet Hedd Wyn was posthumously crowned Bard - but that is another story...

Leonard's birth was registered 4th quarter. His parents were Charles C. Wall, a grocer, and his wife Kate, nee Earle, who was from Newfoundland.  Kate Earle was educated at a boarding school for young ladies in West Kirby on the Wirral Peninsula in the UK.

Educated at Clifton Academy in Bristol, Leonard joined the Army in WW1. He was killed on 9th June 1917 and is buried in Lijssenthoek Military Cemetery, Belgium. He is commemorated on West Kirby Civic Memorial and at St. Bridget's Church in West Kirby (near where I used to live).
I wonder if Leonard Comer Wall was related to First World War poet 2nd Lieutenant Arthur Geoffrey Nelson Wall (see the post about Geoffrey further down this weblog on 30th October 2014) who was born in Liscard, birth registered June 1897, Birkenhead, Wirral.  He was the son of Arthur E. Wall and his wife Mary.

In 1901, Geoffrey's family lived at 7 Denton Drive, Liscard, Wallasey. They emigrated to Australia when Geoffrey was ten but he came back during WW1 at the end of his first year at university, enlisted in the Royal Flying Corps and was killed in a flying accident on 6th August 1917 in Netheravon, Wiltshire. He is commemorated in Wallasey (Frankby) Cemetery on the Wirral Peninsula.

There is still a great deal of research to do - more poems by Leonard Comer Wall and a photograph of him, etc.   If anyone has any information or is related to either of the two poets, please get in touch.

The map of the Wirral Peninsula is by kind permission of Dean Johnson of The Wilfred Owen Story, Argyle Street, Birkenhead, Wirral, UK - the museum dedicated to the memory of Wilfred Owen.
Posted by Lucy at 04:30