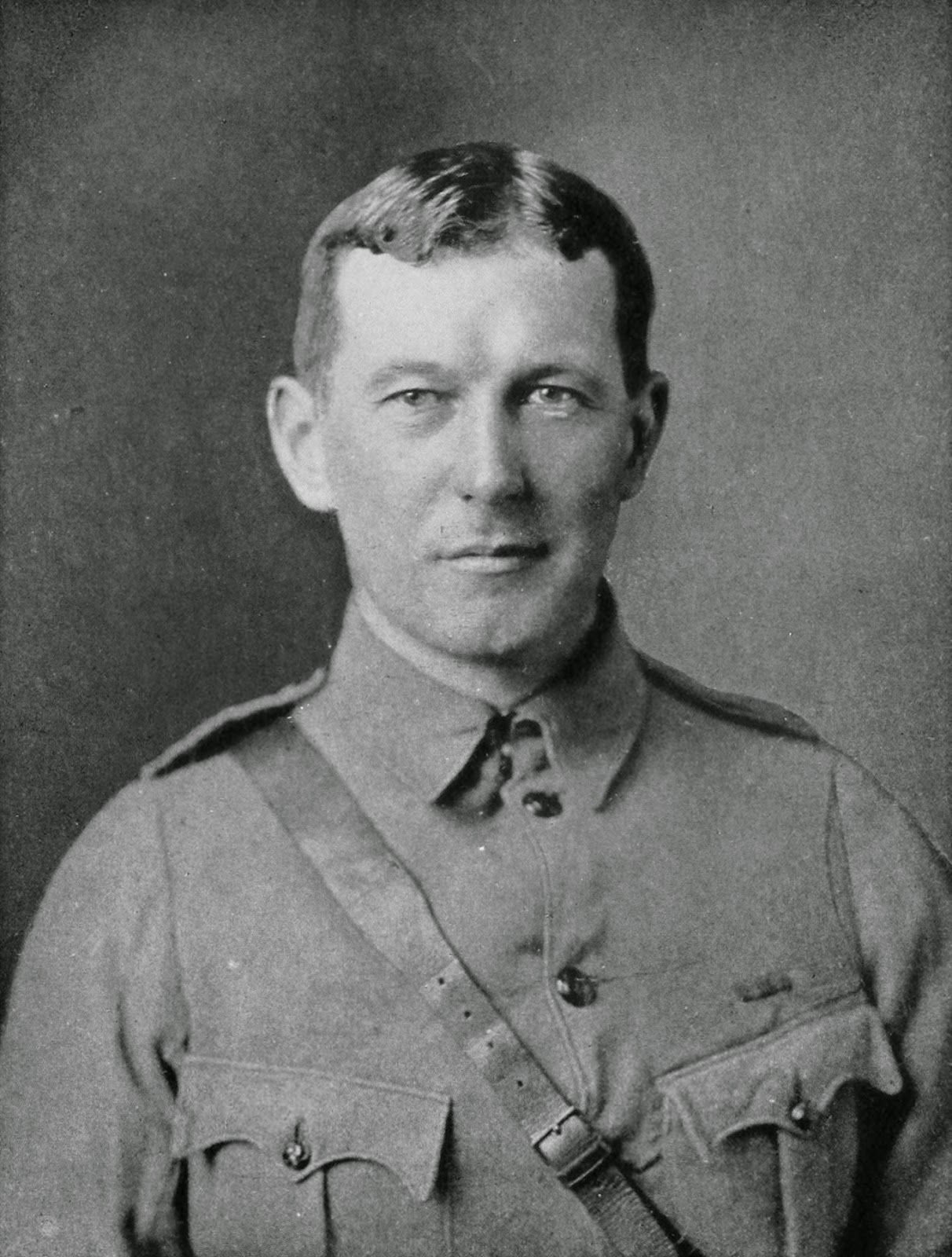 John McCrae’s poem “In Flanders Fields” is perhaps the best known of all the poems written during the First World War and was the inspiration behind the use of the poppy for remembrance.  American WW1 poet Moina Belle Michael was inspired by John McCrae’s poem to write her own poem in November 1918 and vowed she would from then on always wear a poppy.

John McCrae was born in Guelph, Ontario, Canada on 30th November 1872. His parents were David McCrae, a woollen manufacturer, and his wife Janet, nee Simpson Eckford.  The McCrae’s ancestors had emigrated to Canada from Scotland.

Educated at the Guelph Collegiate Institute, John began writing poetry at an early age and also demonstrated considerable talent as an artist.  He went on to study medicine at the University of Toronto and qualified as a physician.  John travelled to Britain with his father in 1886 and in that year he joined the Highland Cadet Corps in Canada, eventually going on an Artillery Officer’s training course.

John was a member of the Royal Canadian Artillery as an artillery officer during the Boer War, travelling to South Africa. While there, he met the British poet Rudyard Kipling who was visiting British troops. In John’s opinion Kipling was “the high priest of it all”.

In 1907, John travelled to England to attend the XVII International Medical Congress by which time he had gained a reputation as a doctor and teacher of medicine.   He also travelled to France, visiting Paris and Carcassonne.   John met the poet W.B. Yeats in Montreal in 1903.

During the First World War, John was both artillery officer with the rank of Major and medical officer (Brigade Surgeon). He travelled to Britain with the Canadian Expeditionary Force in October 1914.   After training on Salisbury Plan and inspection by King George V and Kitchener on 4th February 1915, John’s Regiment left for the Western Front.

In stark contrast to the dry, dusty conditions they had encountered in South Africa during the Boer War, John and his fellow medics were horrified to discover that Belgian farmers used copious quantities of manure on their soil.  This meant the soil had a large nitrate, potash and bacterial content, causing terrible problems if wounds were not cleaned fast.

John was second in command of the 1st Brigade Canadian Field Artillery.   By 23rd April 1915, the guns were in place on the west bank of the Ypres – Yser Canal, just north of the town of Ypres.

The death and burial of his friend and fellow Artillery officer Alexis Helmer, who was killed by a shell on 2ndMay 1915, inspired John to write his famous poem about the poppies he saw growing in the makeshift graveyard.

There are many versions of when and where the poem was written but the most plausible in my view is that of his fellow officers at the time, writing in the 1st Brigade Canadian Field Artillery War Diary – Sergeant-Major Cyril Allinson, Captain Lawrence Cosgrave and Lieutenant-Colonel Edward Morrison.  According to their account, it would seem that the poem was written on or near the fire step of the Dressing Station dug out where John was based at the time. From there he had a clear view of the little cemetery in which his friend lay with the poppies growing wild among the crosses.  When the guns paused, it was possible to hear birds singing.

John sent his poem to “The Spectator” but it was returned to him. “In Flanders Fields” was first published anonymously in “Punch” Magazine on 8th December 1915.

On 29th May 1915, John received orders to transfer from the Artillery Brigade to become Lieutenant-Colonel in charge of No. 3 Canadian General Hospital at Dannes-Camiers on the north French coast. The hospital was staffed by personnel from Canada’s McGill University and was housed in tents donated to the War Office by an Indian Prince.

John was taken ill with Pneumonia and, transferred to No. 14 British General Hospital in Wimereux.  But, spite of careful nursing from two nurses who volunteered to nurse him 24/7 and expert medical care, he died on 28th January 1918.  John McCrae’s grave is in Wimereux Communal Cemetery, France.

After the War, the grave of Alexis Helmer proved impossible to find and he is now commemorated on Panel 10 of the Menin Gate Memorial in Ypres, dedicated to the Missing of the Ypres Salient.

There is a museum in Guelph dedicated to the memory of John McCrae – McCrae House, 108 Water Street, Guelph, Ontario, ON N1G 1A6, Canada – www.guielparts.ca

Source:  “A Crown of Life:  The World of John McCrae” by Dianne Graves, published by Spellmount Ltd., Staplehurst, Kent in 1997.

Susan Raby-Dunne from Canada has researched the story of John’s horse and written a truly wonderful book called “Bonfire the Chestnut Gentleman”.  To find out more about the book please see www.thebonfirebook.com and www.susanrabydunne.com 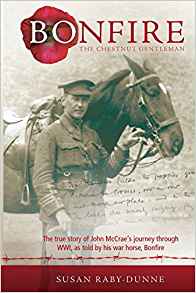