"A Service Rendered" - a Collection of Poems written during WW1: Review

First published on Female War Poets weblog in 2014 – before this weblog was started. 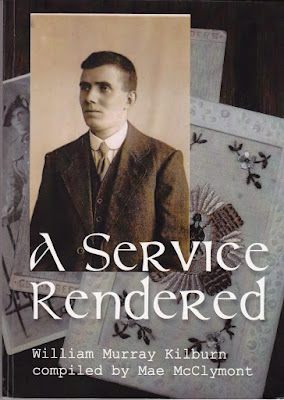 William Murray Kilburn, born in Alva, Clackmannanshire, Scotland in 1887, lost his sight after he fell into a canal containing toxic waste.  William’s niece, Mae Murray McClymont, has collected together a remarkable tribute to her uncle in an anthology of the poems he wrote during the First World War.  According to family members, William used to walk to the local railway station and chat to wounded soldiers returning from the War.   The conversations he had inspired him to write poems, which Mae suggests, were his way of contributing to the war effort.  William died in 1942, at the age of fifty-four.

To hear one of William's poems please click on the link:
http://www.bestkeptsecrets.biz/2014/02/listen-again-review-of-service-rendered.html