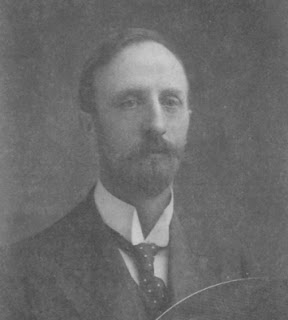 Robert Jocelyn Alexander was born on 11th June 1852 in Termonamongan County Tyrone, Ireland.  His father was the Right Reverend William Alexander, Bishop of Armagh, who later became the Most Reverend Sir William Alexander, Protestant Primate of All Ireland. Jocelyn’s mother was Cecil Frances Alexander (nee Humphreys) who wrote two of my favourite hymns – “All Things Bright and Beautiful” and “Once in Royal David’s City”. Jocelyn was their eldest son.  His siblings were Eleanor Jane, who also became a poet, b. 1857, Cecil John Francis, born in 1859, and Dorothea Agnes, born in 1861.  Their mother died in 1895.

Educated at Winchester College, Jocelyn went on to study at Brasenose College, Oxford where he won the Newdigate Prize in 1874.  Jocelyn became a school inspector.  In 1876, he married Alice Rachel Humphreys.

Jocelyn, who was 66 when he was killed while travelling to Britain from Ireland on the RMS “Leinster” on 10th October 1918, was buried in Plot A of the Derry City Cemetery.

The Newdigate Prize - a poetry prize founded in 1805 by Sir Roger Newdigate and awarded at the University of Oxford. The award is given annually for the best student poem of up to 300 lines on a given subject.