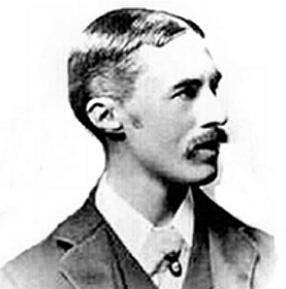 The children's mother died on Alfred's twelfth birthday and his father, who was a solicitor, then married  LucyAgnes Housman, one of his cousins, in 1873.

Educated at King Edward's School in Birmingham and later Bromsgrove School, where won prizes for his poems, Alfred won an open scholarship to study classics at St John's College, Oxford.  After Oxford, Alfred went to work in the Patent Office in London.

While he was living in London, Alfred completed “A Shropshire Lad”, a cycle of 63 poems, which has been in print continuously since it was first published in May 1896. In a lecture given in 1933, entitled "The Name and Nature of Poetry", he suggested that poetry should appeal to emotions rather than to the intellect".  In 1904, “A Shropshire Lad” was set to music by Arthur Somervell.

Because we did not choose

To live and shame the land

From which we sprung.

Life, to be sure,

Is nothing much to lose,

But young men think it is,

And we were young.