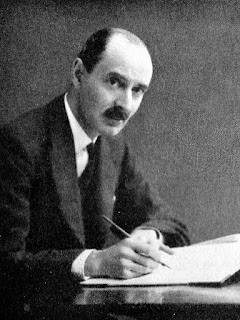 Jack had the following siblings: Harry N.Gilbey, b. 15 Nov 1886, Charles Newman Gilbey, b. 5 February 1889, Carmen Gilbey, b. 2 Jun 1894, and Alfred Newman Gilbey b. 1901, who became a Roman Catholic priest and, later, Catholic Chaplain of Cambridge University.

Educated at Stoneyhurst College, Clitheroe, Lancashire, Jack went on to the Royal Military College in Sandhurst, Berkshire, before joining the Second Welsh Regiment in 1908.  A Lieutenant by the time war broke out, he was wounded on 14th November 1914, evacuated to Britain and sent to recuperate after treatment to Polesden Lacey Convalescent Home for Officers, which was run by Mrs Greville.  By 1915, Jack was a Captain.

In her research into Polesden Lacey, volunteer researcher Janet Durbin writes: “Like many other country houses during the First World War, Polesden Lacey became a convalescence home for wounded officers”. Janet shares her research into the lives of the soldiers who stayed there:  “Eighty officers stayed at Polesden, after being evacuated home from the front line and treated at King Edward VII hospital in London. A few of the officers left the army and became well-known in their post-war careers – such as writers Robert Julian Yeatman (who wrote “1066 and All That”), Martin Gompertz and cricketer John James Croft Cocks.”

Jack Gilbey returned to the Front and was wounded again on 13th April 1918, again recuperating at Polesden Lacey.   In 1939 Jack was living in Essex with his Father and other family members.  He died in 1984 in Harlow, Essex.

In the Preface to Jack Gilbey’s 1936 collection "In Loving Memory and Other Poems" Arthur, Bishop of Brentwood says: “… he has a message to give in simple language to those who suffer like himself and to those who have gained by these sufferings, which while dispelling the crude sentiment that any war will make our land fit for heroes to live in, shows that men and women can be heroes in spite of war, yes even because of war, if they have faith and trust in God, company with the Saints..."

The following poems are from that collection:

Two minutes – while we bow the head

And pay our tribute to the Dead.

Two minutes – can we offer less

Our days, and banish lawlessness?

So we remember thankfully

Their sacrifice – our liberty.

‘To safeguard peace prepare for war,’

To save men’s lives;  yet how much more

Ere ‘tis too late may they atone,

No more must horrors be endured;

Only by prayer and prayer alone

Is good-will won and peace secured.

and “In Loving Memory and Other Poems” by Jack Gilbey (Burns, Oates & Washbourne, Ltd., London, 1936) - photograph from inside cover of that collection - photographer unknown.

To ensure peace, prepare for war" is from the book "Epitoma Rei Militaris," by the Roman general Vegetius (whose full name was Publius Flavius Vegetius Renatus). The Latin is: "Igitur qui desiderat pacem, praeparet bellum."