With thanks to Australian Army Officer/Historian Paul Simadas for his post on Artists of the First World War Facebook page that led to this discovery and to Historian Debbie Cameron for her help in confirming some of the information I found regarding Arthur James Mann and to Alison T. McCall, genealogist who found Arthur James Mann’s date of death and what he did after the war, along with his obituary and details of his sister’s brilliant medical career.

If you follow my posts regularly, you will know that I am in great admiration of the work done by Catherine W. Reilly to publish her book “English Poetry of the First World War: A Bibliography” (St. Martin’s Press, New York, 1978).  It must have taken her years of hard work, travelling and research to put this amazing collection of poets and their work together, at a time when there was no Internet and  none of the many electronic resources that we have in the 21st Century.

I consulted Reilly’s book while looking for the WW1 poet Arthur James Mann and I think I have discovered an anomaly.  The entry on page 216 for Arthur James Mann confuses him with Scottish poet Alexander James Mann (1896 – 1917).  The collections listed in Reilly are “Balkan Fancies and Other Poems” (Black, 1919) and “A Subaltern’s Musings: Poems” (John Long Ltd., London, 1918). 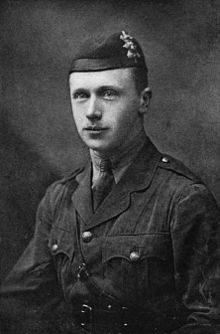 As far as I am aware, Alexander James Mann was never in the Balkans. At the start of WW1, Alexander helped out at the Second Scottish General Hospital, Craigleith, Edinburgh, Scotland, where he jointly edited  “The Craigleith Chronicle”, contributing some of his work. He also had poems published in other Scottish publications under the pen-name Lucas Cappe. According to the Introduction to his poetry collection, written by his parents,  he was commissioned in July 1915 and sent to France in August 1916, where he joined the 8th Battalion of the Black Watch Regiment near Bethune.  He was involved in several battles on the Somme and then was wounded during the advance at Arras on Easter Monday, 9th April 1917 and died the following day.

Alexander wrote using the pen name Hamish Mann, which Riley correctly states.  His collection of poems “A Subaltern’s Musings: Poems” (John Long Ltd., London, 1918) was published privately by his parents in 1918. The frontespiece of that collection shows this photograph of Alexander and, as that would have been supplied by his parents, I feel sure it is the right one: https://commons.wikimedia.org/wiki/File:Hamish_Mann_(Alexander_James_Mann)_frontispiece_from_A_Subaltern%27s_Musings_(1918).jpg

However, “Balkan Fancies and Other Poems” (A. and C. Black Ltd., London, 1919) was written by a different poet - Arthur James Mann - who, as far as I have been able to discover, was a member of the Royal Aero Club before WW1.  He was a Captain in the Army Service Corps and may have seen service on the Western Front before joining the Royal Flying Corps as a Captain in February 1915.  Arthur was sent to the Balkans, where he served as Recording Officer for 22 Balloon Company – hence the title of his collection.  There does not seem to be a download of Arthur’s collection available, however a copy is for sale here which gives you an idea of what his poetic works were like: https://www.ebay.com/itm/1919-Captain-Mann-RAF-of-22-Balloon-Company-BALKAN-FANCIES-OTHER-POEMS-Balkans-/381751527950?fbclid=IwAR3adiZrHNSnTPCwKdHh7gwgzfgovUt2a7YLuFGYvi3MyOhux4wygCtY0ZY 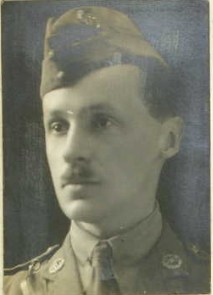 However, here is a link to the book written by Arthur about his time in the Balkans and published in 1920 on Archive -https://archive.org/details/salonikafront00mannuoft/page/n11/mode/2up

According to Paul Simadas, a Royal Flying Corps unit went to Salonika in February 1917 to command three observation balloon sections, the newly raised 26 and 27 Balloon Sections and the already resident Number 17 Balloon Section. On 1st of April 1918, the company became part of the fledgling Royal Air Force. After the war, Arthur Mann commissioned William Wood to paint a number of water-colours to illustrate his book "The Salonika Front" (A. and C Black, London, 1920).

The photographs do look a little similar but the uniforms are different. 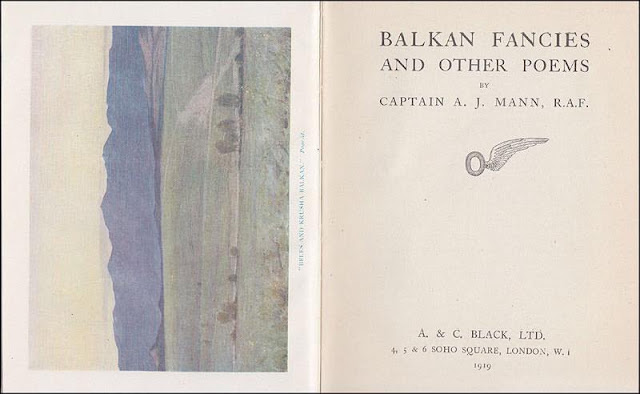 These websites seem to perpetuate the confusion about the two different poets with similar names on the Internet :  https://allpoetry.com/Arthur-James-Mann

https://www.poemhunter.com/arthur-james-mann/ (The poem “The Great Dead” is on page 29 of Alexander James Mann’s collection “A Subaltern’s Musings: Poems” (John Long, London,1918) which is available as a download from The Hathi Trust here:

With help from Alison T. Alison T. McCall, Genealogist, I am happy to be able to share definitive information about Arthur James Mann with you, which you will find in the post dedicated to  him.