Born in Münster, Westphalia, Germany on 29th July 1874, August went to work for the German Post Office when he left school. He worked in the postal service of ships that sailed the Bremen to New York route, which enabled him to visit America.  In 1902, August married the German novelist Else Kraft and the couple had two children.  August, who had served his military service in the Imperial German Army, was a reservist with the rank of Captain.  He was therefore among the first to be called out for military service in 1914 and saw action in the Vosges, in Alsace and on the Western Front.

In January 1915, August was made company commander to the newly formed Infantry Regiment 272, which was stationed at Oise, near the Somme River in northern France.  He was awarded the Iron Cross (Second Class) for courage under fire. On 1st September 1915, August  led an attack against the Imperial Russian Army in the Rokitno Marshes. The attack degenerated into brutal hand-to-hand combat and Stramm, who had been in action 70 times in all, was shot in the head by a Russian soldier. August Stramm' was buried with full military honors at Gorodets, in the Kobryn District of modern Belarus, on October 2, 1915. 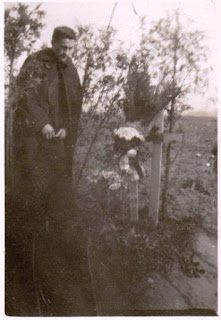 The Rokitno Marshes separated the Austro-Hungarian Fourth Army from the XII corps; the few roads that traversed the region were narrow and largely unimproved. That left a wide gap and the Third Army Corps of the Imperial Russian Army poured in before the Austro-Hungarian Second Army's transfer from Serbia was complete. The Russians soon captured the valuable railhead at Lemberg (now Lviv), which at that time was in the far east of Austria-Hungary (now part of the western Ukraine), as a result. Throughout the rest of the war, the wetlands remained one of the principal geographic obstacles of the Eastern Front.