George Herbert Clarke (1873 - 1953) - Canadian poet and academic, Professor of English at the University of Tennessee 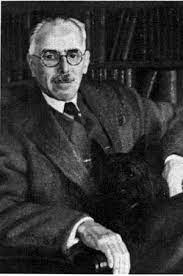 Born on 17th August 1873, George Herbert Clarke was a Canadian poet and academic. He attended McMaster University, graduating with a B.A. in 1891 and an M.A. in 1896. He served as a Professor at Mercier University, Georgia, (1901-1905), Peabody College, Tennessee (1908-11), and the University of Tennessee and University of the South until 1925. From 1925 he was head of the English Department at Queen's University, Kingston, Ontario and editor-in-chief of Queen's Quarterly in 1944, and held that position until his death.

In 1937 Clarke's poem "Hymn to the Spirit Eternal" was awarded a gold medal by the Governor-General for best poem appearing in the Canadian Authors Association literary magazine, Canadian Poetry, during 1936. Clarke received an LL.D. from McMaster in 1923, an LL.D. from Queen's in 1943, and a D.C.L. from Bishop's University in 1944. He was elected a fellow of the Royal Society of Canada in 1930, and was awarded the Society's Lorne Pierce Medal in 1943.

“A Treasury of War Poetry” is available to read as a free download from Archive:

“The Sewanee Review” is an American literary magazine established in 1892. It is the oldest continuously published quarterly in the United States and publishes original fiction and poetry, essays, reviews, and literary criticism. 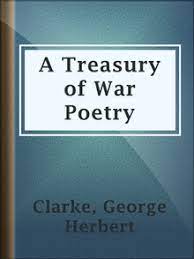 “The Virgin Of Albert”

Shyly expectant, gazing up at Her,

They linger, Gaul and Briton, side by side:

Death they know well, for daily have they died,

Spending their boyhood ever bravelier;

They wait: here is not priest or chorister,

Desolate, empty, is the Eastertide,

Yet still they wait, watching the Babe and Her.

Hurled with dull hate his bolts, and down

She swayed, Down, till she saw the toiling swarms below, —

"Women are woe for them! let Me be theirs,

And comfort them, and hearken all their prayers.!"