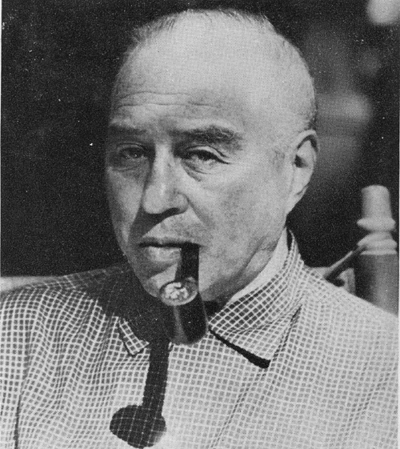 Newman (after his paternal Grandfather) was born in Manhatten, New York, USA on 30th November 1888.  His father, British-born Abraham Levy (1861 – 1920), was a distinguished New York lawyer. Newman’s siblings were Elizabeth and Helen.  Educated initially at a ‘Dame School’ run by two elderly German ladies and then at the Barnard School for Boys, Newman, began writing verse at an early age and learnt to play the piano.  He went on to study law at New York University and became a lawyer, poet, playwright and essayist.

During the First World War, Newman attended several military training camps, beginning with Lake Charles in Louisiana, then Plattsburg Camp in the Spring of 1916. When he left home for military service, his mother gave all of his civilian clothes to the Red Cross in a patriotic gesture.

Having heard a talk given at a college reunion given by Guy Empey, who wrote a book entitled “Over the Top” about his WW1 service, Newman realised he would probably not be able to cope with trench life.   So he applied to become a cadet in the Army Air Corps, known at the time, as he points out in his book “My Double Life”, as the Aviation Section of the Signal Corps. (p. 89).

In April 1917, Newman wrote a poem entitled “Mr Yankling Sees it Through”, inspired by H.G. Wells’ novel “Mr Britling sees it through”. Newman's poem was published and he received 50 Dollars for it.

Newman then learnt to fly aeroplanes at the US Army School of Military Aeronautics in Ithaca, New York. After buzzing his own airfield he was grounded and went to New York to try to enlist in April 1918.   However, Army enlistments were closed but the Navy was an option, so Newman was sent to yet another training camp - Pelham Bay Naval Training Station in Pelham Bay Park's Rodman's Neck in the Bronx.  Located near City Island, and Westchester county, it was operational from 1917 to 1919.  They published a magazine at Pelham – “The Broadside”.

After his discharge, Newman wrote some verse for “The Conning Tower” a newspaper column edited by American journalist Franklin Pierce Adams (1881 – 1960). The column began in the “New York Evening Mail” -1904 to 1913 – and was then called "Always in Good Humor” publishing reader contributions. In 1914, Franklin moved his column to the “New-York Tribune”, where it was retitled “The Conning Tower” and was considered to be "the pinnacle of verbal wit.  Later still the FPA, as he was known, took the column to “The World”.

Newman’s verse and some of his short fiction was published in "The New Yorker" and also collected in three books: “Opera Guyed”, “Theatre Guyed” and “Gay But Wistful Verses”.

A BALLAD OF THE GREAT WAR by Newman Levy
Oh, 'twas back in the fall of '17 that I went as a volunteer,
For the war was raging across the sea and the war was raging here.
And every lad had a khaki suit and a sweater and helmet knit,
And a shiny mirror made of tin and a khaki comfort kit.
And every lad had a luminous watch and a pair of Munson shoes,
And the Poems of Robert Service bound in the leather that's known as ooze.
Oh, some may call it a glorious war, but we soldiers knew ' twas hell,
We were stationed up at Ithaca at a place that they call Cornell ;
And they crammed us full of all sorts of things, and they drilled us from morn till night,
And we learned to master the Lewis gun and the Theory of Flight.
And as we lay at the close of day on our cots when our work was through.
Some guy from a bunk near mine would spout “ The Shooting of Dan  Megrew."
Yet they drilled us hard and they crammed us worse till our heads they were bursting full,
And they rode us too, and the worst of the crew was a Lieut. known as Franklin Bull.
No, I never harked to the cannon's roar nor the shriek of a shrapnel shell ,
And my only Huns were the waiter men at the Ithaca Hotel.
Yet I shudder to think of the horrors of war that I suffered at Cornell U.,
As I listened in bed through the silent night to " The Shooting of Dan Megrew."
A fellow named Charlie Hoffman used to recite it each night at mess ,
I remember Thanksgiving dinner, when he performed it with great success .
Dick Eustis and young John Meany, and - need I name any more ?
Why, Henry Churchill did it, and that warrior, Jack Hoare.
Now this cruel war has ended just as Milne once said it would,
And I'm through with the horrors of warfare ; I'm a veteran now for good.
And I'm done with the well-known army, henceforth and forevermore,
And they'll have to catch me first before I'll sign for another war.
For my soul is wearing a Service stripe for the suffering I've been through,
From the Poems of Robert Service and " The Shooting of Dan Megrew ."
Pp 63 and 64 “Gay but Wistful Verses” Alfred A. Knopf, New York:, 1925
Sources:
Newman Levy “My Double Life – Adventures in Law and Letters” (Doubleday, Garden City, New York, 1958) via Archive - https://archive.org/details/lccn_58006645 – retrieved 29.6.2021
https://en.wikipedia.org/wiki/Franklin_P._Adams
https://en.wikipedia.org/wiki/Pelham_Bay_Naval_Training_Station
Photograph of Newman Levy by Eva Garshon Levy from http://www.stewarthendrickson.com/songs/NewmanLevy.html
Posted by Lucy at 09:11