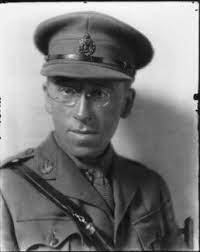 In 1912, he left Hexham for London, where he met Rupert Brooke, Edward Marsh and other literary people of that era.  Wilfrid was one of the poets who took advantage of the rooms for rent for poets above Harold Monro’s Poetry Bookshop in London. There he met Harold Monro’s secretary - Geraldine Townshend.   In 1913, Wilfrid and Geraldine were married.  They went to live in Gloucestershire, where Wilfrid was was one of the founders of the Dymock poets. That was a community of writers who settled, shortly before the outbreak of the Great War, in the village of Dymock, in north Gloucestershire.

When war broke out, Wilfrid volunteered to join the army but was rejected four times until being accepted as a Private in the Army Service Corps Motor Transport in October 1917, later becoming a medical officer’s clerk in south London. After Rupert Brooke’s death, Wilfrid became one of Brooke's literary executors, along with the poets Lascelles Abercrombie and Walter de la Mare.

I should like to refer you to the wonderful website created by Judy Greenaway, Wilfrid’s Grand-daughter, and trustee of his literary estate

Other sources:  Find my Past

NOTE: I have included Wilfrid’s sister Elizabeth in the Female Poets of The First World War section of my project, where you willl find my post about her: