HE is not dead, who died for Home and Duty,

To crush foul Tyranny, to right the wrong:

He is not dead whose life was filled with beauty,

Who gave that life in battle with the strong.

Fitted for grandest work beneath the sun –

To help his brethren, see the fallen lifted

Out of the mire – nor yet his work is done.

Won by unselfish deeds, proclaimed his worth:

Brave men who feared no foe nor rage of Ocean

Wept when they saw their leader fall to earth.

The fatal Beach, bestrewn with dead and dying,

Him to their rescue called, nor called in vain.

Many a life he saved.  Soon, death defying,

Higher his work now: nought from Christ can sever,

Who first for him, for all, His life laid down:

Grants to His own the amaranthine crown.

To keep thy shores inviolate and free:

- In vain, if thou become the drunken thrall

Of Vice, and drug the Orient lands for fee.

Each sukulking foe;  thus cleanse they shield from stain,

And start victorious on they new career.

The poem in memory of Arthur Walderne St. Clair Tisdall VC (1890 – 1915) was written by his father, The Rev. William St. Clair Tisdall, who was an Anglican Church Minister - Vicar of St George’s Deal, Kent, UK at the time of Arthur’s death. https://forgottenpoetsofww1.blogspot.com/2021/09/arthur-walderne-st-clair-tisdall-vc.html

William St. Clair Lomas Tisdall was born on 19th February 1859 in Pembroke, Wales.  His parents were William St. Clair Tisdall and his wife, Mary Jenkin Cecilia.  Ordained in 1883, William became vicar of St George’s in 1913.  He married Marian Louisa Gray and they had eight children, Arthur being the third born. Their son John Theodore, b. 1894, was also killed during the First World War - in France on 6th August 1916.

William was a linguist, historian and philologist. He served as the Secretary of the Church of England's Missionary Society in Isfahan, Persia, where three of his children were born. He spoke several Middle Eastern languages, including Arabic, and spent much time researching the sources of Islam and the Qur'an in the original languages. He also wrote grammars for Persian, Hindustani, Punjabi and Gujarati. 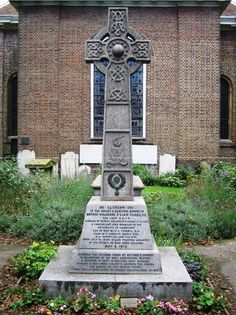 A memorial was erected by the Tisdall family as a private monument to their two sons killed in the war.  The memorial was unveiled in 1916 and the list of names of 55 men of the parish was added to the reverse side after 1918. An Order of service was made for the occasion, with several hymns, one of which was Rudyard Kipling’s Recessional, which was quoted by Tisdall in his Parish letter for March 1918. The unveiling was conducted and the sermon delivered by the Chaplain General of the Forces, the most senior chaplain in the Empire.

A book entitled “Verses, Letters and Remembrances of Sub-Lieutenant Arthur Walderne St Clair Tisdall, V.C” was published in London in 1916 (reprinted in 1992). The family had connections to New Zealand, and an obituary notice even appeared in the Otago Daily Times (see http://paperspast.natlib.govt.nz/cgi-bin/paperspast?a=d&d=ODT19150811.2.79). 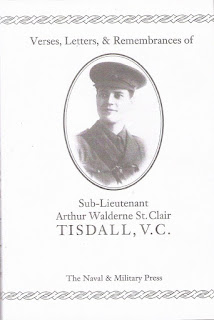 Sources:  Find my Past,