I am indebted to Connie Ruzich for reminding me that, although James is included in the List of Poets of 1917 in the book “Arras, Messines, Passchendaele & More”, I had not yet researched him. 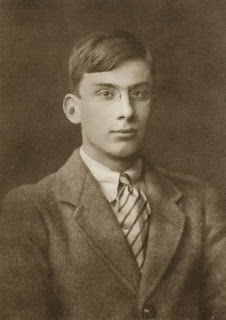 Born in 1896, the birth being registered in the third quarter, in Derby, Derbyshire, UK, James was the eldest son of the Rev. Walter Howard Stables, MA, an Anglican Church Minister and Vicar of St. Chad’s Church, Headingly, Leeds, and his wife Harriet Emily Stables, nee Morse. The family lived at Inverugie, Haslemere, Surrey.  James had the following siblings:  Katherine A., b. 1899 and Francis H., b. 1900.

Posted to Mesopatamia, James was commissioned in August 1916.  Wounded and missing during the Battle of Sannan-I-yat, on17th February 1917, James was later presumed to have been killed.  He is commemorated on the Basra Memorial in Iraq – Panel 55.
Also remembered on Haslemere – Cross Memorial (WMR 23646) Haslemere, Surrey.

James’s WW1 poetry collection “The Sorrow that Whistled, and Other Poems” was published by Elkin Mathews, London in 1916. Several of his poems were published in the “New Statesman”.  At the time of publication of his WW1 collection, a cricit said:  " ‘The Sorrow that Whistled’ is an unusual little book, as suits with its name.  The writer, whom one takes to be young, revels in Eastern colour and fragrance.  He can do something quite good and simple...On the other hand, he can do something extremely bad...Yet there is here a promise, and, not unconnected with it, indications that J.H. Stables is a young soldier.  There could be no better school for a young poet who wants to shed the faults of youth than the trenches."

The Photograph of James is from the Winchester College Memorial Website.
Posted by Lucy at 06:44