Having graduated from Yale University in 1916, during the First World War Danford Barney served in France with the Yale Mobile Hospital Unit (also known as The Yale Unit), which was attached to American Army units during the battles of Saint-Mihiel and Meuse-Argonne.
After the war, Danford was associated with a group of young Yale poets that included Stephen Vincent Benét, Archibald MacLeish, Phelps Putnam, and John Farrar. Danford published a literary magazine entitled “Parabalou”, containing original poems by members of the group. Between 1916 and 1945, Danford published six volumes of his own poetry – “Dust of Stars” (1916), “Chords of Albireo” (1920), “In the Comet's Hair” (1921), “Sardonyx” (1926), “Selected Poems Old and New” (1942), and “Songs Not for Brides” (1945). 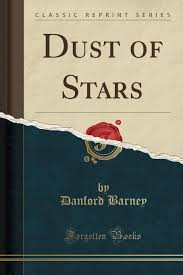 In a reviw of Danford’s collection “Chords from Albireo”, published in “Poetry” Magazine, September 1920 (p. 341), John Hall Wheelock said: “Few living poets have possessed to the same degree as Mr. Barney, with equal master)' of verbal music, the austere and inexorable spirituality which is so passionately revealed in his moments of genuine articulacy.”

From 1922 until 1930 Barney maintained a photographic studio in New York, where he made a series of portraits of authors and artists. He married twice - first to Gertrude Wells, with whom he had three daughters - and later to Dorothy Bartlett.

An untitled poem by Danford Barney published in “The Graphic”, Saturday, 16th November 1918

We marched a down the gold-paved way;

We held our state in royal halls

As though the earth’s empiric sway

Were bounded by these naked walls.

Till ever in your wise concern

My weakness served your kinder will

That watched the fevered taper burn,

And slaved to keep it burning still.

You smiled by lamplight at the trace

Of child surrender on the deep

Serenity of my wan face

The immortality of sleep.

And once we hearkened to the rain

Throughout the long companioned night

Till dawn crept to the window-pane

And touched the walls with timid light.

‘Tis strange the lot that haunts me still;

That I should fail my part despite

The power to guide the flesh by will;

That you should stand my watch by night.

Even hours of forfeit shall reward

Who, by their chance, must watch and wait;

So first within this prisoned word

I touched your hand upon the gate.

If we hereafter may not meet

You will be strong nor grieve too much,

Knowing each faithful hand I greet

Stirs with the spirit of your touch.

Just as in petals of faded flowers,

A beauty haunts there without end;

As perfuire through the wasting hours

The memory lingers of a friend.

In other land, perhaps you’ll tell

Some dearer friend whose faith you try,

We played at comrades you and I.

Photograph:  Members of the Yale unit in 1918

“War and Verse, Poetry and Prose of World War One: As seen in the Wartime Press” Edited by Stephen Robert Kuta (Re-invention UK, Chelmsford, 2018)