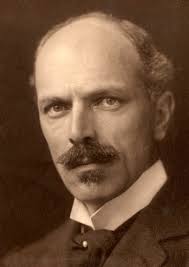 Maurice was born in Weybridge, Surrey, UK, the eldest child of Henry Gay Hewlett, of Shaw Hall, Addington, Kent, and his wife Emmeline Mary, nee Knowles. Dducated at the London International College, Spring Grove, Isleworth, Maurice then studied law and was called to the bar in 1891. He gave up the law after the success of his book “The Forest Lovers”. From 1896 to 1901 Maurice was, like his father before him, Keeper of Lands, Revenues, Records and Enrolments, a government post as adviser on matters of medieval law.

On 3rd January 1888, Maurice married Hilda Beatrice Herbert at St Peter's Church, Vauxhall, where her father was vicar. The couple had two children - a daughter, Pia, and a son, Francis - but went their separate ways in 1914, partly due to Hilda's increasing interest in aviation. In 1911, Hilda became the first woman in the UK to gain a pilot's licence, although she was not the first British woman to become a pilot as Winifred Buller gained her pilot’s licende in 1909.

Maurice went to live in Broad Chalke, Wiltshire. Among his friends were the poets Evelyn Underhill and Ezra Pound - who he met at the Poets' Club in London. Maurice was also a friend of J. M. Barrie, who named one of the pirates in Peter Pan - "Cecco"  - after Hewlett's son.

Maurice was parodied by Max Beerbohm in “A Christmas Garland” in the part titled "Fond Hearts Askew".  He died in London on 15th June 1923.

When forth my love to duty went

I sought my old home,

My few months' joy over and spent,

And lean years to come.

My mother blinkt her patient eyes ;

Was I less temperate or more wise

To question t her decree ?

Was it for this, our clasp and kiss ?

For this end and no other

That I was shapt to have increase,

And call'd to be mother ?

Did God make o'er the power to soar

On men, that they should sink ?

Did He outpour a flood of war

And leave us on the brink ?

Was't so He wove the robe of Love,

To mock the lovely earth ?

Sees He, above, creation move

To death, not birth ?

Go, thou dear head, for God is dead,

And Death is our Lord :

Between us, red, lies in the bed

And thank the Lord, Who bound

Your labour daily to the mart,

Your service to the ground !

Take to the mart your stricken heart,

Tho' the chaffer graze it ;

But meet pain and praise it !

He came to see me once again,

Stiffen 'd in his new buff :

Too hasty for love ;

For Love can never be confin'd,

To nurse the lov'd one in the mind

The bond must first be free.

And he, he now serv'd otherwhere

And could not be the same ;

To all the world my love was there

And answer 'd to his name ;

The kisses of his lips

Were as of old,, but guardedly,

The moment came, I held him close,

But had no word to say —

Then in a hush which seem'd to rock

I heard the pulsing of the clock,

Counting my dear life out.

While the long hours go by,

And on my eyes the glaze of care,

And in my heart a cry.

Bury my heart deep in the grave

Where all its grace is hid :

What other service should I have

Than tend my lovely dead ?

Sources:  Find my past, Free BMD,