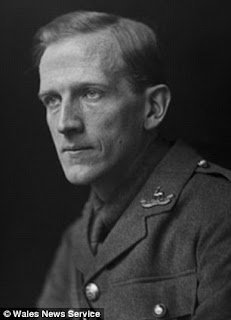 Commissioned into the Royal Warwickshire Regiment as a 2nd Lieutenant on 17th February 1915, Alan was posted to The Somme in the summer of 1916.   He contracted Trench Fever while there and was sent back to Britain to recover.  After that he joined the Royal Corps of Signals and later worked for Military Intelligence.

During the Second World War, Alan was a Captain in the Home Guard.

A.A. Milne's WW1 poetry collection "For the luncheon interval: cricket and other verses" was published in 1925 by Methuen, London.