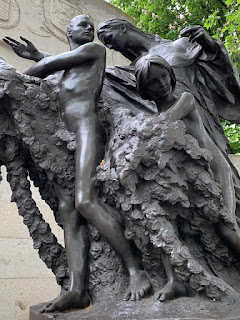 A chance find on the Facebook Group Cemeteries & Memorials of the Gret War, was a post about the Belgian Gratitude Memorial of The First World War that is situated on the Embankment in London, UK.  The main sculpture was the work of Belgian sculptor Victor Rousseau.

Victor Rousseau was born in Feluy, Hainaut, Belgium on 15th December 1865 in “La Sonnette.”  His parents were Emile Rousseau and Philomène Duquesnes and his family were stone masons.   Victor took refuge in Britain during the First World War, returning to Belgium when the war was over.

Victor died at his home in Vorst (Forest), Brussels, on 17th March 1954. A street in Feluy was named after Victor.

Between 1935 and 1953 Victor wrote his memoirs, “Country pictures from my childhood,” as well as numerous “Notes” and over 300 poems.

I am now trying to find poems written by Victor Rousseau. 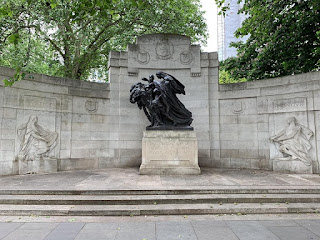