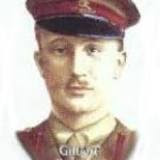 Gilbert Frankau was born in London on 21st April 1884.  His parents were Arthur Frankau, a cigar manufacturer, and his wife, Julia, nee Davis, who was a poetr, writer and journalist.  Julia wrote using the pen-name “Frank Danby”.

Gilber’s siblings were Ronald, who became a comedian, Joan, who became a Cambridge Don and married historian Henry S. Bennett, and Jack.  Educated at Eton College, when he left school, Gilbert went to work for the family cigar firm, learning about the business in Germany and becoming Managing Director in 1904, after the death of his father.

Gilbert volunteered and was commissioned into the 9th Battalion of the East Surrey Regiment on 6th October 1914 and transferred to the Royal Field Artillery in March 1915. He fought at the Battles of Loos and Ypres and during the Somme Offensive.  Gilbert then became a Staff Captain and was assigned to special duties on the Italian Front.

Jack and Ronald Frankau also joined the Army in WW1.  Jack was killed leading his men during the Third Battle of Gaza in November 1917.

Gilbert was invalided out of the Army on 22nd February 1918 and, as the family firm had failed during WW1, he became a writer.

In August 1939, Gilbert was commissioned into the Royal Air Force Volunteer Reserve in which he served until February 1941, when he transferred to the Home Guard. 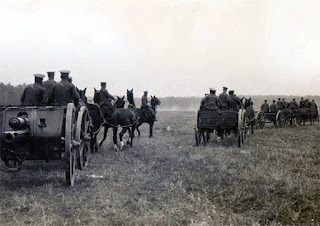 These are our masters, the slim
Grim muzzles that irk in the pit;
That chafe for the rushing of wheels,
For the teams plunging madly to bit
As the gunners wing down to unkey,
For the trails sweeping half-circle-right,
For the six breech-blocks clashing as one
To a target viewed clear on the sight--
Gray masses the shells search and tear
Into fragments that bunch as they run--
For the hour of the red battle-harvest,
The dream of the slaves of the gun!
We have bartered our souls to the guns;
Every fibre of body and brain
Have we trained to them, chained to them. Serfs?
Aye! but proud of the weight of our chain,
Of our backs that are bowed to their workings,
To hide them and guard and disguise,
Of our ears that are deafened with service,
Of hands that are scarred, and of eyes
Grown hawklike with marking their prey,
Of wings that are slashed as with swords
When we hover, the turn of a blade
From the death that is sweet to our lords.