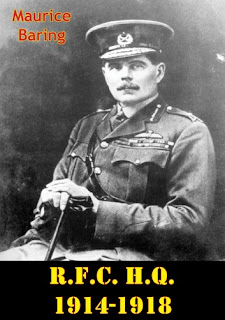 Maurice Baring was born on 27th April 1874 in Mayfair, London, UK. He was the eighth child and fifth son of Edward Charles Baring, First Baron Pevelstoke, a member of the famous Baring banking family, and his wife, Louisa Emily, nee Bulteel.

Maurice was educated at Eton College and Trinity College, Cambridge. He was badly wounded during the Second Boer War, in which he served from 1899 to 1900 with the 4th Hussars as a Lieutenant. After that, Maurice began a career in the diplomatic service, where he worked from 1897 until 1904. Maurice then became a foreign correspondent, travelled extensively and covered the Russo-Japanese War (1903 – 1905) as a war correspondent for the “Morning Post”, along with Lord Brooke, Reuters’ correspondent, Monsieur de la Salle of the French agency Agence Havas and Mr Hamilton of the “Manchester Guardian”. He was foreign correspondent for “The Times” during the Balkan War (1912 – 1913). 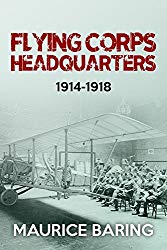 Maurice was made an Honorary Wing Commander, RAF in 1918. He was mentioned in Despatches, awarded an OBE in 1919 and became a Chevalier of the Legion d’Honneur in 1935.

During the Second World War, Maurice lived in Brighton, Sussex. He died on 14th December 1945.

I hear the tinkling of the cattle bell,
In the broad stillness of the afternoon;
High in the cloudless haze the harvest moon
Is pallid as the phantom of a shell.
A girl is drawing water from a well,
I hear the clatter of her wooden shoon;
Two mothers to their sleeping babies croon,
And the hot village feels the drowsy spell.
Sleep, child, the Angel of Death his wings has spread;
His engines scour the land, the sea, the sky;
And all the weapons of Hell’s armoury
Are ready for the blood that is their bread;
And many a thousand men to-night must die,
So many that they will not count the Dead.

Some of Baring’s publications are available on Archive or Gutengerg as free downloads: http://www.gutenberg.org/files/52236/52236-0.tx