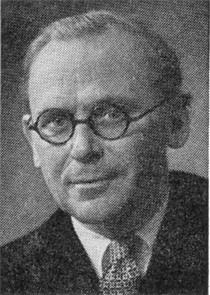 Born in Toxteth Park  Merseyside, UK on 14th March 1899, James Laver’s parents were Arthur James Laver, a manager in a stationer’s and Florence Mary Laver, nee Barker, who died in 1904.

James was educated at the Liverpool Institute school.  During the First World War, he was commissioned into the (King’s Own) Royal Lancaster Regiment as a Second Lieutenant.

After the was, James resumed his studies and went to New College, Oxford,
From 1938 until 1959, he was the Keeper of Prints, Drawings and Paintings at the Victoria and Albert Museum in London.